The Case for Private Pensions 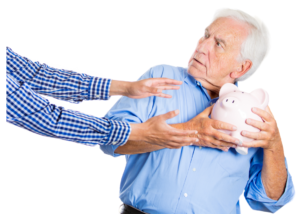 David March had worked for a trucking company in Ohio for 33 years. He and his wife Sarah had saved and planned for their retirement, being a member of the blue color labor force has meant Dave and Sarah were planning on his company retirement plan. His company had put in place a benefit to add to Dave’s other assets to entice Dave to commit his working career to their company. The company is not huge; it is about 150 employees based in the Midwest, they focus on personalized delivery of large (20,000 pounds) diecasts. Dave and Sarah had calculated that they could retire at age 66, which is precisely what they did. Dave’s retirement in 2014 would include the retirement pension of $2,050 a month for as long as either of them lived.

Then this happened: Multiemployer Pension Reform Act. Dave’s pension benefit was cut from $2,050 a month to $1,150.

Dave’s company had decided to outsource the management of the pension plan to an administrator who handled many other trucking companies, Central States Pension Fund . Each year, the trucking company would make the needed pension deposits to the administrator and fund manager, life seemed to be ok. Then several things happened, the financial meltdown of 2007, the redirecting of actuarial tables and the failure of the fund manager and the administrator to calculate how much money was going to be needed to meet retiree obligations.

Many companies are in the same situation, many plan administrators and money managers have failed to perform as estimated. Fortunately for workers, we have the Pension Benefit Guaranty Corporation (http://www.pbgc.gov ) which allows underfunded pensions to be turned over the federal government (through PBGC) to make the workers whole. This guarantee is like an umbrella over the pension obligation which makes sure the retirees never get wet. It is a system that has worked for many years when the PBGC was in need of more money to cover pension obligation; Congress was there with our checkbook.

The problem with PBGC is simple math, Congress over the years has failed to address pension obligations promised by employers to employees. 1000s of corporate pensions remain poorly of underfunded. Instead of solving the problem, Congress has allowed a back door hatch for many pension funds to relieve their overall obligations.

The bill at the center of the controversy, the Multiemployer Pension Reform Act, was primarily intended to protect the Pension Benefits Guaranty Corporation, which was at risk of being pushed into insolvency by large numbers of pension failures. In other words, let’s screw over the retirees instead of appropriating enough money or regulations to fix the problem.

The bill allowed trustees of multi-employer retirement plans to slash benefits if a pension fund’s failure was likely to overwhelm the underfunded PBGC, the federal government’s main insurance program for pension plans.

In essence, the bill does this: any pension which may overpower the ability of the PBGC to meet obligations can reduce the amount of the obligation. In other words, workers who were retired have had their pension benefits cut, in some cases drastically. Dave’s company was part of the Central States Pension Fund, a fund that was too big to fail due to the simple issue that the PBGC would not be able to meet the obligations.

Thousands of retirees have been affected by this bill, the funny thing about it is this, it was a small amendment added to a greater end of the year spending bill and was merely lost in the overall 2000 pages. Members of Congress were given little time to read the Omnibus Bill before voting was called, many congressmen and women, have after the fact now stated they would never have voted for it had they known.

These are questions that every worker should be asking. To leave everything to trust does not work anymore.

One alternative is to remove the fund management from the pension fund administrator and money manager. Unless you are confident, an alternative might be a possibility. Many pension funds allow you to remove the lump sum of their obligation and move it to a private pension plan. By using annuities with an income rider attached to it might be a good choice. You would have removed the obligation from the pension to an insurance company who does nothing but manage future payment obligations. At the same time, your account would fall under a completely different guarantee system, the state guarantee fund.

Being aware of your situation and carefully weighing your choices might make a world of difference in your retirement years.

About the Author: Staff Author