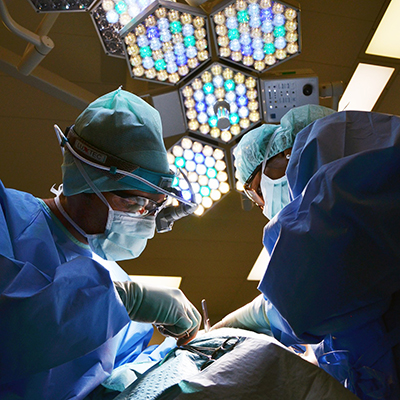 Physicians are taking the brunt of lowered medical costs reimbursements

Increasingly, medical providers are deciding not to handle Medicare patients any longer; instead, they are offering services to those over age 65 with their actual cost of services being billed. The Medicare enrollee has no viable option of asking Medicare for reimbursement and is faced with a choice, pay or go. With the advent of the Affordable Care Act, changes in how medical reimbursement was made, and it allowed many providers to opt out of the system. For many it was the only viable option, in areas where competition for medical personnel is intense, higher salaries and benefits were mandated. The choices were simple, charge for services. Those that couldn’t or wouldn’t pay are being sent to other providers.

The Medicare system made it easy for physicians to Opt Out; they even have provided the forms online, easy to do. The simple truth for physicians is: “It is easier to Opt Out of Medicare than to remain in Medicare.” Along with the lowering of reimbursements came a new system for filling out the needed paperwork, paperwork necessary to be reimbursed. It has been suggested that a physician practicing alone in an office needs two nurses and two Medicare processers.

Thousands of physicians have already Opted Out of the Medicare system. Because of the changes in reimbursement, Medicare endangers seniors, punishes the better doctors with extensive paperwork and restrictions, and limits assess to physicians promptly. Does this sound like the Veterans Administration formula for health care?

The current onslaught of physicians leaving the Medicare system is merely the tip of the iceberg. According to the Wall Street Journal, 9,539 physicians opted out of Medicare in 2012, an increase of 35% over the previous year. The decrease in reimbursements are cited but also the increased work needed to be done by the medical provider just to offset the lower of the reimbursements, as an example, the Medicare reimbursement for a physician to spend 15 minutes with a patient is $58. That translates to a doctor having to see over 30 or more patients a day to make everything work.

What does all this mean? It means that physicians are leaving the Medicare system and looking for private pay patients. It would be informative to know precisely how many physicians have Opted Out of Medicare, but that information is not available, it is a closely guarded secret with Medicare as directed by the current administration. Current legislation is in the process which would require Medicare to release the number of physicians who have left the system. That legislation is still a long way from becoming law.
An article in CNSNEWS reported that the actual number of physicians who have Opted Out of the Affordable Care Act is over 214,000. This includes all age levels, not just Medicare. In California, it is estimated that 70% of physicians will not participate in Covered California reason vary, but generally, it is primarily over money. Covered California is the bottom dollar reimbursement with rates typically below other systems.

There is also fear that charges left unpaid by Covered California will go unpaid because many of the insured in this program are of low-income means and cannot cover the high deductibles in their policy. Lastly, fear of accepting a patient and funding later services are not covered for the simple reason the premiums were not paid. It is estimated that over 1,000,000 in force health care plans have already been canceled for nonpayment of premiums nationwide.

Here is a link regarding recent Opt OUT physicians and the reduction in reimbursement medical expenses: