Is Holding Out For Higher Interest Rates In Your Best Interest? - Annuity.com 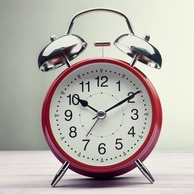 I had a conversation with a client the other day, we had been discussing a particular fixed indexed annuity, and his concerns were that he wanted to wait to see how far interest rates would rise before putting his money in an annuity.

I told him that might seem like a sensible decision, but nobody knows how far interest rates will rise, and every year that you’re sitting on the sidelines is a year you may be losing out on the potential interest that is lost because of loss of time value of money. You see you might be able to make up an interest rate or work harder to make more money but what you WILL NEVER make up is time and the time value of money is as significant as the interest you earn on your money.