Inflation and Fixed Indexed Annuities. Can You Protect Yourself? - Annuity.com 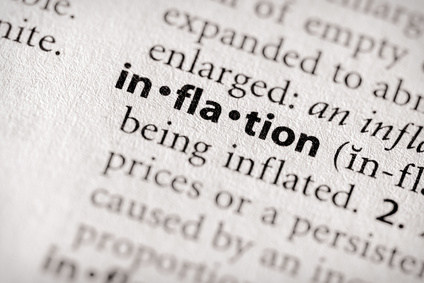 Be cautious of inflation when planning your retirement

Long-term loans carry higher interest rates than short-term loans because there are more variables in play over a more extended period.

Another factor that makes long-term loans less attractive to lenders thus raising interest rates, is inflation. Inflation is the rise over time in the price of goods and services. Lenders know the longer it takes the borrower to pay back a loan, the less that money will be worth because everything costs more.

Inflation is the rise over time in the price of goods and services. Is a loaf of bread higher than it was the year you were born? Inflation is measured as an annual percentage, and the same way interest rates are measured as a yearly percentage. Is inflation a bad thing? Not necessarily. It means prices are rising because demand is increasing, resulting from a growing economy. In a healthy economy, wages rise at the same rate as prices. So in a healthy economy, inflation always rises, meaning the same dollar amount is worthless five years from now. Sounds pretty healthy. Inflation hurts interest rates because lenders know the longer it takes you to repay the loan, the less the money is worth.

The simplest explanation of inflation is “too much money chasing too few goods.” Usually, this is because interest rates are low, and people borrow more money and buy much stuff. Another reason could be the government is spending a lot of money on defense contracts during a war. For example, manufacturers do not have enough supply to keep up with the demand for tanks, cars, missiles, etc. In short, inflation (rising prices) kicks in when manufacturers produce goods slower than people demand. So, if we run out of ice cream, Popsicle prices spike upward.

Now that we understand supply and demand = inflation, let’s talk about another inflation angle. The cost of doing business also pushes price levels up for several reasons. The exciting thing is that the rising cost of business may have nothing to do with demand. For example, labor unions negotiating a new contract for higher wages, the elevated cost of exporting goods, or new taxes strain the operating budget. Any of these factors will push the price of products, interests, and services up because of the cost of doing business.

When planning for your retirement, considering inflation is a crucial factor. There are ways to keep your funds safe and secure and, at the same time, hedge part of your inflationary concerns. Fixed Indexed Annuities calculate the yield on an annuity based on an outside source such as the S/P 500 Stock Index. This index has replicated inflation many times throughout our history.