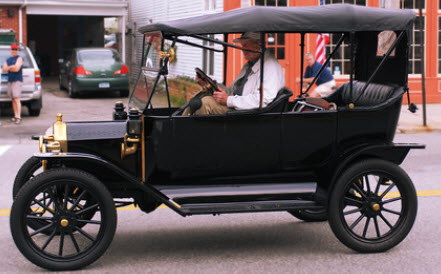 Endowment annuities are antiques; the industry has modernized

My dad owned an endowment annuity he purchased from New York Life in 1935. The funds grew over the years, and when he was 85, he received a check in the mail. Along with the check also came a pile of tax liability; he didn’t need or want the money. Several calls to New York Life all ended the same, sorry, but your annuity is endowed.

What had been intended for use later in life was now in his bank account as well as the accumulated interest, all taxable as ordinary income.

Just like the evolution of every other financial instrument, endowment annuities have evolved. Life expectancy has increased as well as worker benefits such as pensions, IRAs and 401 (k). When my dad bought his endowment annuity, none of that existed; it was every man for himself. In the past, endowment annuities provided a set income (or lump sum) at a fixed period; the contract had an ending date. Annuities are contracts and, as such, have specific contractual terms and agreements that must be spelled out. Among those is an end date.

As annuities evolved, so did the guarantees in the contracts. What seemed a very old age (85) is now easily attainable by a large percentage of people; even 100 is now a number many people can expect to reach. A natural extension in annuity contracts was to push back the end of the contract to a later date, such as age 95, which happened in 1997.

A few years back, Congress changed the rules for IRAs. (individual retirement accounts) In the past, an IRA had to be used by age 90. It was found that people were living longer, and their IRA funds were used up before they were used up.

Congress agreed, and the termination period for an IRA was moved to age 115, which at this time is beyond any reasonable life expectancy. Now instead of being forced to remove 100% of your funds from your IRA by age 90, you are allowed an extra 25 years to spend it and deal with any tax liability.

The other modernization of annuities that has removed any need for an endowment date is a new invention called an income rider. Annuities, for the most part, were always allowed to be used as income. The process was called annuitization, and new products were invented just to be used as revenue from their date of origin; these products are called income annuities or immediate annuities.

The need for annuitization is becoming increasingly obsolete, replaced by newer products that have evolved with an income rider. Income riders come with high guarantees specified as interest yield. It is very possible today to find an income rider with a fixed and guaranteed interest rate of 4 to 6% (or higher). Income riders are flexible, they can be stopped and started again at a later date, and they can be completely customized for the individual’s needs and goals.

Annuities are regulated by each state’s Department of Insurance (DOI), and the products can differ from state to state. Make sure you completely understand the annuity and its contractual limits and benefits before buying. Annuities can provide enormous benefits for people in specific situations and goals. Investigate for yourself the benefits annuities can offer.

Just like the Model T, cars have evolved to what we have available today. Annuities are no different; the new modern annuities are only connected to their parentage by the name: an annuity.