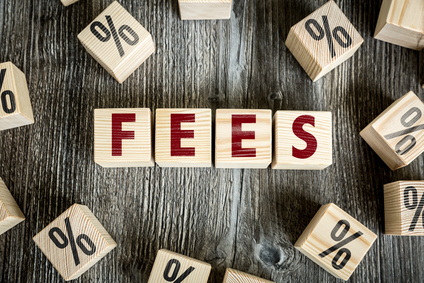 Last week I met with a couple (I’ll call Bill and Mary) planning to retire in two years. Over their working careers, they had built up a nest egg of about $400,000. They are carefully taking steps to change their portfolio from an accumulation strategy to an income-producing approach as they prepare to stop working and rely on their savings to replace their income.

As I reviewed some of the changes they had made, I noticed that Mary had transferred one of her old 401(k)’s into a variable annuity three years ago.
I asked her about this move, and she perked up and said that was her best account! It promised a 6% per year minimum growth for income but still could make more if the market did better than 6%. Now that is a great story! Earn a minimum of 6%, but if the market does better, you get that instead. Who wouldn’t go for that? As we dug a little more in-depth about this “you can have your cake and eat it too” investment, we discovered the how and why a large insurance company would offer such an investment.

What we discovered was shocking.

Our first step was to call the insurance company together and get the facts. Mary and I called her insurance company, and she authorized me to ask them whatever questions I wanted. Here is what we learned. Mary transferred $120,000 into this variable annuity on February 21, 2013. Since this writing, the S&P 500 has increased by 58.69%. That’s about 14% per year. Her $120,000, however, in this same period grew by only 2% per year.

How could this be possible?

Mary was taking all of the market risks by having her funds directly invested and was promised that she would enjoy the market upside if there were growth. We did learn that her 6% per year guaranteed increase was actual! However, this was not real money. Many in the industry call “phantom value” or “Income Value.” This Income Value is used for calculating an income payment in the future. These funds are not available to be withdrawn, nor do they pass onto her beneficiaries if she dies. If she waits until age 65, she will be able to draw an income payment of 5% of the Income Value of her annuity. We did the calculation and found that if she waited until age 65, she would have a lifetime income payment of $10,320 per year. That’s just as she was told upfront and why she purchased the annuity.

Now for the shocker.

When we asked the representative what fees the annuity charged Mary each year for this benefit, she listed them one at a time.

Mary was paying $5,491 per year in fees! She had no idea they were that much. I’ve taken hundreds of clients through this process, and Bill and Mary’s response was just like before; they were shocked and appalled. This is one reason why their account only grew by 2% when the market has increased by 14%, fees, fees, fees!

This story has a good ending. Not all annuities are the same. With some research, we could find Mary a much better plan. The new allowance provided her with the same income guarantees for 70% less in fees. Yes, that’s right! The new annuity had one annual fee of 0.95% for the same guarantees compared to 4.2% in prices in her current allowance. The new grant also paid her an upfront bonus to cover her early penalties to get off her high fee variable annuity. The further assistance will double her income payment if she ever needs long-term care.

It pays to do your homework. Know what your benefits genuinely cost you. Don’t let fees erode your retirement savings.