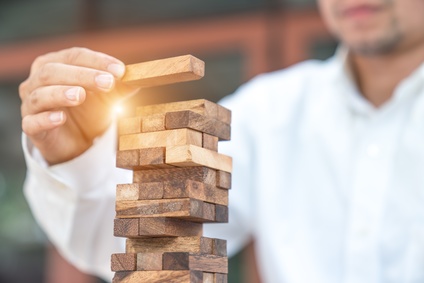 As it applies to our daily lives, the word ‘structure’ normally has a positive connotation. Merriam-Webster’s defines the word as a “coherent form or organization.” In a world that seems increasingly chaotic every day, it would be desirable then to have more coherency and organization. When it comes to planning our finances, structured notes and structured variable annuities (SVAs) are two examples of securities where investors can either make money – or lose it. This binary outcome isn’t helpful to the lives of buyers who need a clear plan any more than one would bank on a coin toss. The purpose of this article is to lightly touch on both types of products and to explain why we believe fixed index annuities (FIAs) are superior for bringing about structure than products with this word actually in their name.

The U.S. Securities and Exchange Commission (SEC) has published an investor bulletin on structured notes. Structured notes are debt securities with a fixed maturity, combining a bond component with an embedded derivative component. The bond component is an unsecured debt obligation of the investment bank issuing the note. The derivative portion is a link to a market index. For example, if this market index moves significantly lower, the holder of the structured note would incur a loss without a principal protection feature. This principal protection feature is only as useful as the soundness of the issuing investment bank.

Consider this extreme but actual example. According to a white paper from the Securities Litigation and Consulting Group, on August 1, 2008, Lehman Brothers issued “100% Principal Protected Notes Linked to the S&P 500 Index” with a maturity of August 6, 2011. On August 1, 2008, the S&P 500 closed at 1,260.31. Three years later at the bond’s maturity, the S&P 500 closed slightly lower at 1,199.38. Since the underlying index level closed slightly lower at maturity than at the bond’s issuance, and again because these types of bonds pay no interest in the interim, an investor would have at best received their original investment back without any adjustment for inflation. That is if the issuing investment bank was still solvent by the time the bond matured. In this case, Lehman Brothers filed for bankruptcy on September 15, 2008, and were already trading for pennies on the dollar by November of that year.

Since the annual global issuance of structured notes is currently $25 billion, according to Bloomberg estimates, this cautionary tale is clearly the exception and not the rule. However, the potential for loss is baked into the design. Besides the market risk and credit risk described earlier, there are liquidity risks (i.e., no real secondary market exists for these bonds once purchased) as well as call risk (the issuing investment bank could call these bonds away from the investor at the bank’s discretion.) There’s also what we might characterize as asymmetric information risk wherein a broker utilizes this complexity to act against the clients’ best interests.

By way of one particularly egregious example, in June of 2018, the SEC fined Wells Fargo Advisors a total of $5.1 million for previous instances of “flipping.” Brokers at this firm were encouraging their retail customers to swap out of their existing structured notes into supposedly newer and improved ones to generate commissions to the detriment of their clients. Months before Wells Fargo Advisors had been fined, SEC Commissioner Kara Stein presciently warned about increasing product complexity in a speech and specifically said of structured notes: “These products are often sold to retail investors by financial professionals who make a lot of money by selling complex products. What’s more, it’s not even clear that all of these financial professionals fully understand the products they are selling.”

Turning now to structured variable annuities, SVA sales were about $9 billion in 2017 and growing according to LIMRA data. We can figure that the market size for this newer form of variable annuity is currently about half that of structured notes. The latter are debt securities, while SVAs are annuities that are filed as insurance products and registered as securities. There are differences in designs between these two structured products, but one thing both have in common is their buyer’s potential for loss if the reference asset or index declines in value. In the May 2018 issue of Index Compendium, Dr. Jack Marrion wrote that “the fundamental difference – and it is a huge one – is that an SVA owner can lose money if the index goes down while the FIA owner cannot lose principal and credited interest if the index declines.”

The maximum loss potential for a structured variable annuity depends on whether the product has a buffer (i.e., the insurer protects the insured up to a threshold of something like the first 10% of losses and thereafter the insured is on the hook financially) or a floor (i.e., the most the insured can lose is for example -10%). A structured variable annuity typically has higher participation rates than a fixed index annuity; it should have greater growth potential and should have higher annual returns when markets are performing well, but again the client is exposed to lost principal and interest should the tracked index go down in the next term. There are also more fees with the SVA, including maintenance fees and mortality and expense fees. For more information on the differences between variable annuities and fixed index annuities, read some great articles compiled at https://annuity.com/.

The late Alvin Toffler wrote, “A life lacking in a comprehensive structure is an aimless wreck. The absence of structure breeds breakdown.” We suggest that some financial tools that have ‘structure’ in their name are a misnomer since they have the possibility of a breakdown in their design. This can be quite dangerous for these products’ consumers at or near retirement.

We believe the fixed index annuity is a far better tool for planning purposes because the insurance company behind the product invests in the bonds of other companies. In contrast to the structured note, the insurance company is not issuing an unsecured IOU. There is a market link to capture some of the upside and principal is protected should the index being tracked move lower. Interest credits in a FIA are locked in annually automatically. Whereas if a structured note bondholder is enjoying a paper gain and wants to realize it before maturity, they have to trade out of their existing structured notes to lock in profits before paying the broker’s commissions. There is coherency and organization after all, but it’s for the sellers of these structured products.

The consumer can get the polar opposite. If your broker or advisor pitches a structured product to you, keep this in mind and make an informed decision.