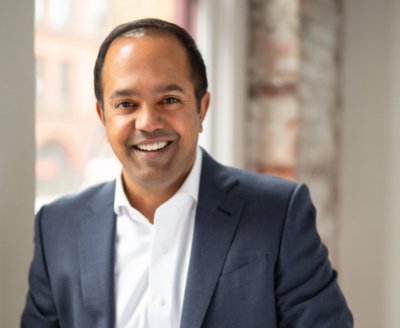 As time goes by it is your personal perspective that matters

Finding stunt people over the age of 55 is rare. Jackie Chan, who holds the Guinness record for most stunts by a living actor, turns 65 next year and amazingly still does some of his own stunts. But Jackie is the exception, rather than the rule.

A certain amount of fragility, after all, is one of the most evident, unwelcome signs of aging. We all get to the point where rolling out of bed in the morning becomes comparable to leaping tall buildings in a single bound, with even more aches and pains. One of Clint Eastwood’s body doubles summed it up best: “The older you get, the harder the ground gets.”

It’s ironic, though, that while time has a way of slowing many of us down physically and making us more cautious about what we do to our bodies, many older investors today are more cavalier with regards to their financial exposure to the stock market.

Earlier this year, MassMutual commissioned a survey of pre-retirees and retirees (1) and found a surprisingly high degree of risk tolerance among respondents. Conducted when the market was near all-time highs, the study found attitudes skewed towards wanting growth, a sureness about being somewhat to very knowledgeable about savings and investments, and a general commitment to staying focused on long-term goals even when the market drops.

Similar conclusions were drawn from the Federal Reserve’s most recent Survey of Consumer Finances. From 2007 to 2016, Americans aged 75 and over uniquely held steady with their ownership of stocks, while other age groups exhibited declines. The Gallup organization corroborated these findings, showing no decrease in stock ownership among upper-income, older Americans in one of their 2017 surveys (2).

Gallup separately found that younger Americans eschew risk in general and want safety (3). Other reports show that the so-called Generation Z that are in their 20 s and are younger than the Millennials don’t just want financial security. They crave it.

What’s going on here when a nation’s elders want stocks while their juniors prefer certificates of deposit (CDs) and savings accounts? It could be that the more affluent have their income needs met and want to leave a more significant legacy behind. For those who need income, many older Americans may feel they have no other alternative but to seek higher rates…even if it means exposing themselves to risk.

Fortunately, there is a way to address sequence of returns risk, have the potential to earn higher rates than with a CD, and not lose your funds in the stock market. If CDs are on one end of the spectrum and stocks on the other, the middle ground is a fixed index deferred annuity. Young savers can accumulate funds without the drag of negative stock market performance. Older retirees can generate retirement income for life-based on the claims-paying ability of the insurer issuing the annuity.

There’s a general rule that investors should focus on asset preservation and income generation towards the later stages in life. Anecdotal evidence shows too many stunt persons in the financial markets. Their portfolio values are leaping off of high values. In the final analysis, how many of your retirement years do you want to look at your money instead of looking at the things your retirement was supposed to bring you more time? A fixed index deferred annuity can help provide peace of mind during volatile markets, and this is the type of work we engage in daily with clients at TOP Planning.