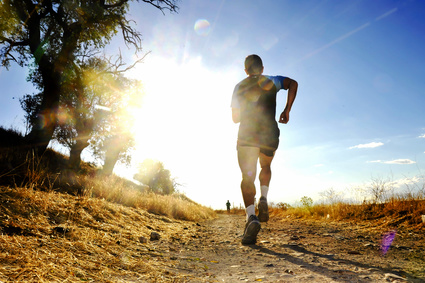 In the spring of 1983, a 61-year-old Australian sheep farmer named Cliff Young entered his first ever running race. Without any previous racing experience, he chose for his running debut one of the toughest races in the world: a 543-mile ultra-marathon stretching from Sydney to Melbourne.

Besides Cliff Young, the race was comprised of young, well-trained, professionally competitive runners. They were expertly trained, coached and sponsored in the months leading up to the contest.

Runners were taught with the method which stated that the most efficient way for a runner to be highly competitive was to run no more than 18 hours a day and sleep no less than six hours per night.  Thus far, this strategy had been accepted and unchallenged.

Cliff Young had no coaches, no sponsors, and the only “training” he had done was herding sheep. This he would do on foot, sometimes running for several days straight, as his family was too poor for horses.

Expectations for Cliff’s performance during the race were low, and as the contest began, the pros left Cliff in the dust. Cliff hobbled along behind the rest, leisurely jogging along at a shuffle that did not resemble anything his competitor was doing.Having no experience as an ultra marathoner, his only strategy was to do what he had done when herding his flock of sheep: run throughout the night without stopping to rest.

No one thought that Cliff would be able to last even through the first day of running. By the next morning, however, people were shocked to see that he had run straight throughout the night without stopping to rest as the other competitors had done.  Despite this, Cliff was still the last place. Spectators of the race became intrigued.  The press approached Cliff as he ran and asked him about his strategy. They were stunned when he informed them that he planned to run the entire race without sleeping, so he wouldn’t have to make up for lost time.

It was thought to be impossible. The race gained media and spectator attention as Australians woke each day to find that Cliff was not only still in the race, but slowly approaching the leading pack of runners.  He kept shuffling along, and on the final night of the race, Cliff approached the pack of professional athletes ahead of him. As they stopped to rest, Cliff shuffled past them, and soon he crossed the finish line in first place, breaking a course record by over nine hours.

Not only did Cliff win the race, but he forever changed how ultra-marathoners would approach the race in the future.  Today, runners of the contest have adopted Cliff’s shuffle-style run. It is now known as the “Young Shuffle”, and has replaced the 18-hour-per-day running strategy as the most widely used.

So, what does this have to do with your retirement Nest Egg?

Everyone should look at their particular financial situation and determine what is in their best interest. Your nest-egg security may require a different approach. And it may be one which goes against what many financial experts and advisors recommend.

At the start of the race, it was thought by most experts that the only way to win the race was to run 18 hours and sleep six hours a day.  Cliff showcased an entirely new and different approach and was able to win.

Is it time for you to learn the benefits a Fixed Indexed Annuity can provide for you?