Will Roth Conversions Go Away Under "Build Back Better"? - Annuity.com 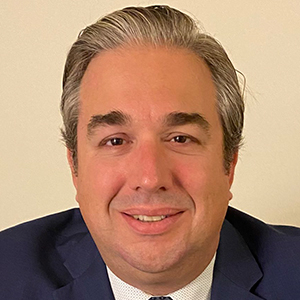 Jim Fish
For over fifteen years, Jim has been assisting clients with their tax, financial, and estate planning goals. He works closely with individuals and families during various stages in life to understand their goals, and provides tailor made solutions. Jim is known by his clients and friends to be detail orientated with a focus on providing outstanding personal service. Website: pierfinancialgroup.com

“Will proposed changes to Roth IRA accounts impact the middle class or only the “uber-wealthy?”- Jim Fish

One of the most contentious features of President Biden’s “Build Back Better” legislation is a proposal designed to prevent ultra-wealthy individuals and couples from taking advantage of Roth IRA loopholes.

As you probably know, the government introduced Roth IRAs in the late 1990s.

The Roth version of an individual retirement account lets you contribute money after you’ve already paid taxes on that money. Any withdrawals you make later are tax-free, no matter how much you’ve gained on investments. Originally designed to help working people accumulate retirement savings more efficiently, Roth IRAs have become a popular component of retirement portfolios.

However, according to some politicians, the wealthy were quick to exploit loopholes in Roth IRAs and use them to shelter some of their money from income taxes.

Build Back Better introduces new requirements for high-income individuals and couples with balances of $10 million or more across defined contribution retirement accounts, including IRAs and 401ks.

If you are a single tax filer earning more than $400,000 a year or you’re married and make more than $450,000 together, BBB would restrict you from contributing to your funds. You’d also be required to withdraw 50% of any amount above that $10 million threshold.

There is another provision in Build Back Better promising to impact more high-net-worth Americans. Couples or individuals with higher incomes than the thresholds I mentioned earlier, with more than $20 million in defined contribution accounts, and with any amount in a Roth, must withdraw the entire Roth portion. Or, they must take out amounts from all their defined-contribution plans to reduce their combined balance to $20 million.

For example, if a couple had managed to save $15 million in a traditional IRA and $10 million in a Roth, they would need to take out $5 million from the Roth to bring the total to $20 million. Then they’d need to withdraw 50% of what remains over $10 million, which would be $5 million!

You may be thinking, “So what? I don’t have nearly that much saved.” That may be true. However, starting in 2022, Build Back Better would end non-deductible and so-called “mega backdoor conversions” for everyone, no matter their income level. This particular change means no one will be allowed to convert after-tax contributions made to a traditional IRA to a Roth.

The bottom line: Tax changes are coming, and it is certain they will affect Americans in all demographics.  It’s easy to assume that BBB tax proposals will only affect mega-millionaires using Roth conversions as a wealth management strategy. As is often the case with government tax reform efforts however, self-employed professionals, entrepreneurs, and other ordinary Americans could be sideswiped by these reforms. Regardless of your income level, now is a perfect time to sit with a trusted tax expert or retirement and income planner.  Your tax planner can help you determine if these changes will affect you and suggest counter-measures that might include Roth conversions and the use of specially-designed permanent life insurance or annuities.  You can also discover how to mitigate one of the most erosive forces in retirement- tax liabilities.