Why Buy An IRA When An Annuity Is Better? - Annuity.com 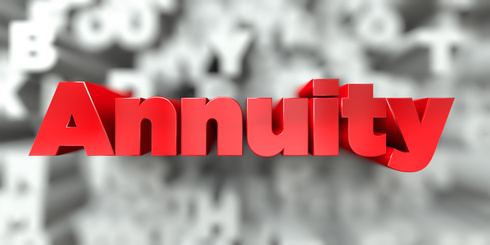 An annuity can provide many benefits an IRA can not

The Federal Budget needs money, and spending will not go down, the deficit will increase. The federal government must find more sources of revenue through taxation. Should those saving for retirement choose an IRA? If you carefully examine the benefits of an IRA and the benefits of an annuity, the obvious choice may not be an IRA.

Technically an annuity was never legislated into existence, it was reaffirmed as a standard in 1913. In other words, the primary tax benefit of an annuity is tax deferral and Congress never actually created it. It was born as America was born.

Why is this important? It is essentially based on the premise that since Congress did not create it, it is unlikely Congress will make any tax changes to it.

That is not true of other legislated tax benefits, such as IRAs. The “sacred” cow of untaxed money is sitting in a myriad of accounts planned for future use by Americans hoping to retire one day. As of May 2015, there was a value of 2.46 Trillion in IRAs in America. Current estimates are now much http://www.fool.com/retirement/2016/06/27/heres-how-much-the-average-american-has-in-an-ira.aspx higher, possibly over $5 trillion (or higher).

That amount has yet to make it to any tax return, in other words, the Federal Government had not yet received the taxes due.
I think Congress will make changes to the taxation on IRAs by just changing rules on how and when an IRA is taxed. IRAs will continue to exist but with tighter controls on how and when taxes will be assessed. Over the years, many of these changes have languished at the congressional committee level; I think that will now change.

A “stretch” IRA can allow for the non-spousal beneficiaries (children, grandchildren) of an IRA to receive income over their lifetime and only pay the tax as income is received. Stretch IRAs were always controversial, many times there have been efforts to withdraw the option for an IRA to be “stretched” to a non-spouse. Currently, IRA beneficiaries may use an inherited IRA as income based on their life expectancy. This time allows for the tax liability to become spread out over potentially many generations. The government must wait for the taxes. By eliminating the ability for a non-spousal beneficiary to stretch the IRA over many years means a lump sum payout would be an obvious choice, a lump sum payout means a lump sum tax payment.

An apparent change to Roth IRAs would probably result in a furious revolt by taxpayers, but it is still going to happen, possibly in a year or two. The government is going to start Required Minimum Distribution (RMD) on Roth IRAS. The RMD would not be taxed, but the thinking behind this rather simple change would result in more money being spent and more chances for a tax to be collected. Of course, this is backward thinking, but when you consider that withdrawals for Roth IRAs under the RMD change would flow another $60 billion into the economy annually, tax liability would be exposed.

An easy change in IRAs is setting a limit on the valuation of any one IRA account. Currently, any amount of money can be on deposit in an IRA, changing the limit to a cap will cause larger IRA accounts to be exposed to tax liability. This change would affect wealthier investors but could also cause concern for younger investors hoping to accumulate a large retirement account.

Along with setting a cap on IRA values, Congress could adjust maximums on IRA contributions? This would expose more funds destined for tax deferral into a taxable position.

Congress has already adjusted the tax deductions on IRAs, why not use a long-standing system and place after tax funds into an annuity? The tax deferral rule for annuities is likely never to be changed or even addressed by Congress. This could be the ultimate “grandfathered” tax advantage.
Annuities also qualify for a tax spread out on gains when used as income; this means that the tax due on the payout of the annuity is spread out over the term of the annuity, no lump sum taxation.

Also, there is no limit for funds placed in an annuity. When you consider the power and benefits of an annuity, it makes one wonder why an IRA should even be a consideration for a retirement planning vehicle.