Why Achieving Financial Unity Is Critical For Married Couples - Annuity.com 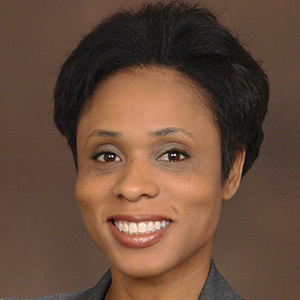 Raina Greene
Raina utilizes various insurance approaches to design and implement personalized strategies. Joining the financial services industry in 2010, she continues to strive to do what’s right for her clients while providing helpful resources and guidance on their financial journeys. Website: greenleafinancialservices.com

“Widowhood and divorce remain financially and emotionally devastating. Even younger women are wise to plan for the day when they no longer have their spouse or significant other.” Raina Greene

Karla N. (not her real name) epitomizes the 21st Century woman; self-assured, confident, entrepreneurial, and well-educated. Karla married at age 21, right after receiving her business degree. Karla’s husband, Ruben, a patent attorney, landed a high-paying job at a prestigious law firm. Although they both wanted children, neither was in a hurry to start a family right away. Karla and Ruben made a blueprint for the future, with Ruben handling most bills and investment decisions. Karla didn’t take much time to review Ruben’s choices because she was so busy. She trusted him to achieve the best financial outcomes for their family.

Ruben was eager to provide for their needs, encouraging Karla in her career. Karla worked even longer hours, received frequent promotions, and the years zoomed by more quickly than she could have imagined. It wasn’t long before Karla was in her late 30’s, making decisions about having children, which she did. Karla and Ruben decided she would leave her lucrative corporate position to raise their two children while he supported the family.

Ruben was made partner at his law firm. He now earned enough money to support the family in a comfortable upper-middle-class lifestyle. Then, in his 50’s, Ruben was diagnosed with a debilitating neurological disease, making it impossible for him to continue working. Eventually, the disease claimed his life, and Karla was left to deal with the finances and two kids still in college. Unfortunately, when Karla sat down with her family to review their financial status, she found complete disarray.

Ruben had told her that he paid for their lake cabin with bonus money he got from the firm. Instead, he had taken out a second mortgage on their home. Ruben had not consulted Karla and had forged her name on the paperwork. Ruben had also maxed out most of their credit cards, buying high-end gifts for the kids, colleagues, and clients.

When the dust settled, Karla was shocked to discover herself $250,000 in debt, with only $125,000 in life insurance provided by Ruben’s firm. The couple’s checking and savings account contained a paltry $15,000. In addition, the family was on the hook for $27,000 in medical expenses and co-pays not covered by Ruben’s health insurance.

It didn’t have to be this way.

It’s devastating when a long-term relationship dissolves, whether by death or divorce. The surviving spouses can find themselves in a morass of debt and empty savings accounts. Fortunately, it doesn’t have to be this way. At any point in a relationship, a couple can, and should, make a conscious decision to design a financial life plan that meshes with their goals, values, and attitudes toward money. Money coach Christine Luken says that couples must think twice about being “financial roommates,” where money, debt, and credit card accounts are kept separately.

Similarly, allowing one spouse to control everything might create problems that can stress the relationship. Luken says that you will have more opportunities to discuss your values, spending decisions, and long-term goals when you make your financial blueprint together. “When you and your spouse decide on those things together, it’s an opportunity to discuss what’s significant to you as a family,” she says. In her work counseling women about money, Luken says she’s discovered that couples who discuss financial topics regularly usually have more solid relationships.

Financial unity doesn’t mean that a couple is joined at the hip for each money decision. Couples can and should have separate “fun money” accounts. Fun money is cash that a person uses without permission to purchase things such as self-care, trips, and other items that please them. If you maintain these separate accounts, it’s still a good idea to put them in both spouses’ names. Allowing access can help in emergencies and is an excellent way to foster transparency.

The Summary: Creating financial unity won’t prevent life from throwing you an occasional curveball. Having an agreement regarding money matters can keep you from being blindsided if your relationship faces serious challenges or ends suddenly.

Well-planned couples know that monetary success is not a solo adventure. It works best when both parties are emotionally and intellectually invested in the process. Cooperation and openness will assist you in preventing money mistakes during the relationship or after widowhood or divorce.