What A Fully Digital Dollar Might Mean To Your Financial Future - Annuity.com 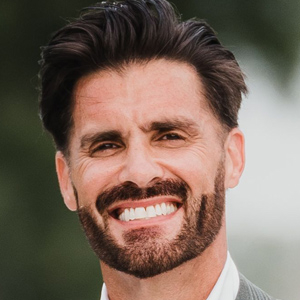 “Digital money is already here, and it’s prolific. According to the Harvard Business Review, over 97% of money currently in circulation results from online transactions.” Eric Coons

You’ve probably noticed that cash transactions have become as rare as payphones these days (Wait! What’s a payphone?). In 2010, for instance, nearly half of all financial transactions in the United States involved cash. However, even before the pandemic, that number had begun to fall dramatically.

COVID-19 measures stoked this move to digital money by causing a wider adoption of contactless and cashless payment options. A move to a cashless world is not without some concerns, though, especially concerns about a greater reliance on private companies like banks and payment processors. All these enterprises charge fees. Many economists fear such costs could adversely impact the poor and marginalized.

In the 2020s, going cashless would, by some estimates, exclude over 7 million Americans that are “unbanked.” The unbanked are people with limited or no access to banking services through a financial institution or online. Some experts believe it would be a financial strain on these individuals to conduct their financial affairs digitally. That’s why there is now a push to create a “digital dollar.”

In January, the Federal Reserve issued a report that explored the potential of creating a 100% digital dollar, which some feel might be a more stable alternative to other digital money, such as cryptocurrency. Named “central bank digital currencies” (CBDCs), this currency would be the digital equivalent to paper money, backed by the Fed and designed to function like cash, minus the fees associated with digital transactions. CBDCs would reside in a “wallet” outside the private banking system. A Fed-backed dollar would allow citizens to use a government debit card to transact business, or they could send cash directly to others in the system.

The Fed’s most recent report on the digital dollar, “Money and Payments: The U.S. Dollar in The Age of Digital Transformation, acknowledges the fact that going digital is not without risk. For example, says the Fed, going digital will directly impact many private institutions, including banking, credit card processing, and finance companies since these rely on deposits to fund loans. Also, because digital money converts so quickly, runs on banks and other financial institutions could be more devastating and widespread.

Perhaps the number one concern of ordinary Americans is that digital currencies may not be as safe as they seem. After all, the IRS, several large banks, and a major credit reporting agency have all been recently compromised by hackers, exposing millions of Americans to data theft. Some people are concerned that current encryption technology is not enough to keep digital dollars safe from hackers and other cybercriminals.

Summing it up: A central bank digital dollar is all but inevitable as the world moves away from cash. While this currency does carry risks for breaches of privacy, hacking, and failure, it also has great potential. Having a CBDC might make the economy more efficient, accessible, and fairer for the poor and unbanked. It could also make doing everyday business much faster, easier, and less expensive for everyone.