Use Golf to Understand Bonds - Annuity.com 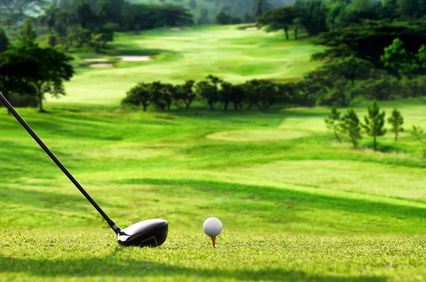 Think of your bonds as playing golf.  Sometimes you make pars, birdies, and bogies.

Par: Price equal to the face amount of a security; 100%. Par

Discount: A bond sold at less than par. Birdie

Premium: The amount by which the price of a security exceeds its principal amount. Bogey

Here are some terms about bonds worth learning and being familiar.

Callable: Subject to the payment of the principal amount (and accrued interest) before the stated maturity date, with or without payment of a call premium. Bonds can be callable under some different circumstances, including at the option of the issuer, or on a mandatory or extraordinary basis.

Call date: The date at which some bonds are redeemable by the issuer before the maturity date.

Call protection: Bonds that are not callable for a certain number of years before their call date

Call risk: The risk that declining interest rates may accelerate the redemption of a callable security, causing an investor’s principal to be returned sooner than expected. Therefore, investors may have to reinvest their principal at a lower rate of interest.

Marketability: A availability of a market to convert the bond to cash.

Market price or market value: For securities traded through an exchange, the last reported price at which a security was sold.

Maturity date: The date when the principal amount of the security becomes due and payable.

Risk: A measure of the degree of uncertainty and financial loss inherent in an investment or decision. There are many different risks, including:

Yield to call: A yield on a security calculated by assuming that interest payments will be paid until the call date when the security will be redeemed at the call price.

Yield to maturity: A yield on a security calculated by assuming that interest payments will be made until the final maturity date, at which point the issuer will repay the principal. Yield to maturity is essentially the discount rate at which the present value of future payments (investment income and the return of principal) equals the price of the security.

Zero-coupon bond: A bond for which no periodic interest payments are made. The investor receives one payment at maturity equal to the principal invested plus interest earned compounded semi-annually at the original interest rate to maturity.

High-yield bond: Bonds issued by lower-rated corporations, sovereign countries and other entities rated Ba or BB or below and offering a higher yield than more creditworthy securities; sometimes known as junk bonds.

Debenture: Unsecured debt obligation, issued against the general credit of a corporation, rather than against a specific asset.