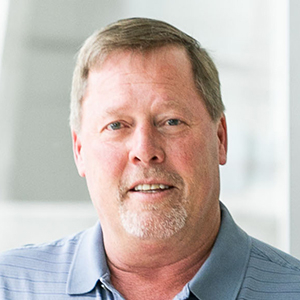 Doug Horne
As a host of Dollars and Sense Radio, Doug enjoys helping people all accross the State of Texas protect their retirement money. Not one of his clients has ever lost a penny due to market downturns! Doug enjoys helping his clients to have peace of mind about their finances by keeping their retirement funds protected. It is his desire to give you the same peace of mind! Websites: AspenWM.RetireVillage.com

Alexander Hamilton and the creation of the US Treasury

I have been a “hobbyist” economist (I use the term lightly) for many years. I have always been fascinated about how the systems work and as I rolled into the annuity business I have used the economist point of view to sell tons of annuities. It is odd for me to think like an economist because I am so poor in math…but the concepts I get.

I wanted to write a short piece about US Treasuries and about our deficit because so many of our clients and prospects are so consumed or worried about it and how the debt will affect them and their retirement. With the national debt approaching $15 trillion, I can see their point of view, which is my point of view…..Yikes!

I think the history of US Treasuries is fascinating and if you position the story right, it could make you that extra sale once in a while. US Treasuries go back to this country’s independence. The Revolutionary War was fought against Great Britain by the colonies as a united front but funded and manned by each individual state.

The end result of the war was an overall debt of over $80 million, more than the states could afford due to the breaking of the American economy and the temporary loss of our biggest trading partner, Great Britain. The newly formed government made two very critical decisions which set the path of our country and our basis of trust in the country on a road of success.

2. The Federal Government absorbed all debt from the Revolutionary War. ($80 million) This freed states from over taxation and allowed the economy to begin anew, fresh from overbearing and disastrous debt. It also allowed the states to provide basic services from state collected taxes instead of paying for long ago spent funds (war). The US Treasuries were sold to foreign sovereigns who wanted to expand trade with the colonies, The United States of America.

The obvious concern was how to pay off the debt left over from the war, who cares who has to pay….someone has to!

Alexander Hamilton created the first real debt management system when he created the funding vehicle to pay the $80 million, he created US Treasuries. The whole country was obligated, not just individual states. The debt was sold mostly to our largest trading partner at the time, France. (France had already loaned the US money and ships, per Benjamin Franklin)

Just think of it…a new country deeply in debt sells its obligations to a foreign power….sound familiar? Why would France buy the debt? Napoleon was not yet in power and France was an industrial powerhouse with products for sale. By buying the debt, France gained an advantage over Great Britain in the form of docking rights and tariff relief.

But debt is debt and we still needed to pay right?

Not really. The world would soon learn that the United States was a nation of great expanse and unlimited future, plus it was growing fast as immigrants came. When the debts (US Treasuries) became due, most were refinanced with other foreign powers such as Portugal and eventually Great Britain.

We have a long history of borrowing from our trading partners. The question now, of course, is dealing with the massive number, $15 trillion. But think…think how much $80 million was in 1785 dollars….massive.

So to convert this short lesson into annuity sales….simple…over the past 227 years, the safest possible place on Planet Earth to keep your money is in US Treasuries.

This concept bridges to our industry. People invest in annuities for a very simple reason, they want safety and security. Insurance companies provide that by using US Treasuries as the backbone of their investment portfolio.