Time Is Not On Your Side - Annuity.com 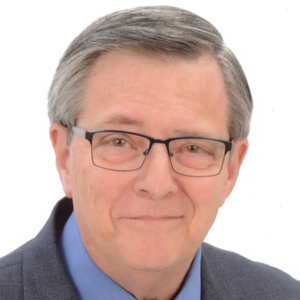 Rick Dennis
Rick is a Certified Financial Fiduciary® (CFF). His company, Conservative Retirement Solutions, LLC, has been in business since 2004 and caters exclusively to clients who want "safe, secure, and guaranteed" retirements. He achieves this by only using financial products that a) offer guaranteed lifetime incomes and b) are "contractually guaranteed" to never lose money during market declines. Website: safemoneyhouston.com

Remember that beautiful song “Time Is On My Side,” it was a huge hit by The Rolling Stones in the 1960s?
(Admit it – just now, when you read the song title in the sentence above, the dulcet tones of Mick Jagger’s voice began playing in your head, and they’ll be there all day – lol).

Here is a shocking fact, it’s been 56 years since that song was first recorded and released, and now I’m afraid I’ve got some terrible news for we Baby Boomers.

Let me apologize to the Stones and the song’s composer, Jerry Ragovoy, I’d like to suggest a new title for the song that seems much more appropriate for we Baby Boomers:

Since 2011, my fellow Baby Boomers have been retiring at the rate of 10,000 people per day. Before they retired, during their working years, they watched their 401(k) accounts go up and down like a yo-yo several times, through the various “bull” and “bear” markets. After each downturn, they were always told: “don’t worry – the market always comes back.”

Now that Boomers are older and are retired or about to retire, they’ve realized that time is NOT on their side any longer. Many Boomers are not quite as carefree and “cavalier” as they were those long ago days.

Perhaps you’re one of them.

With a shortened Time Horizon the Boomers risk tolerance has shrunk to zero, and their goal now is not to accumulate massive funds and live like the Stones, it is merely to “keep the money they have.” The fear of losing money, as many Boomers did during the various “bear” markets, caused a new level of stress. Stress that at this stage of their lives is nearly unbearable.

Most Baby Boomers don’t have adequate pensions from their former employers are faced with the fact that their only source of a guaranteed monthly paycheck is their Social Security income.

They realize that, despite what Mick Jagger says, time is NOT on their side – they don’t have the time for the stock market to recover if it crashes again. Now they’re 65, 70, 75 years old and they know they cannot afford to take another “hit” to their retirement accounts like they did when they were younger…

What they’re looking for, literally, is a way to literally “ensure and guarantee” their life savings.

When I tell them that there IS a specific financial instrument that solves, once and for all, the problems Baby Boomers are facing of a) losing money, and b) outliving their money, and that it’s called a Fixed Index Annuity, they can’t believe it – “why haven’t I heard about this before?”

Well, now you know about it, as well.

With the “stroke of your pen,” you can literally “ensure and guarantee” the money in your retirement account, and the cost is a big, fat $0…