The Sequence of Return Risk  - Annuity.com 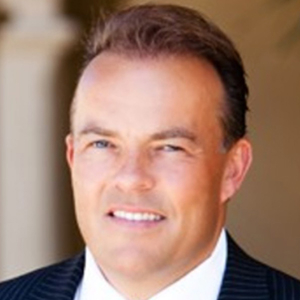 Soeren Svendsen
Soeren is the President of Vision 8 Financial LLC, he has been in the financial business since 2002. His expertise is within IRA / 401(k) conversions, tax-free retirement planning, life insurance, and Long-Term Care planning. His objectives for each of his clients is quite simply to preserve and grow their retirement estate, regardless of any market fluctuation. Website: wealthbeyondwallstreet.com/soerensvensen

Retiring successfully versus retiring with struggles might often be a matter of good luck versus lousy timing. This is especially true if you choose to keep your qualified 401(k) plan in mutual funds while moving into your Golden Years of Retirement.

401(k) plans are an employer-sponsored retirement program that grew in popularity with the Employee Retirement Income Security Act of 1974, changed the rules, and stopped offering costly pension programs that most of our grandparents were provided back in the day. Which now only exists for Government employees.

Companies that offer 401(k) programs for their employees can now contribute money on a pre-tax basis, most often in a matching plan with their employee’s contributions. Most 401(k) plans are invested into Mutual funds, and most Mutual fund companies have a buy-and-hold philosophy. Their logic is that mutual funds have seen the average rate of returns between 5% – 7% before fees, so they often reject the notion to deviate from their “proven plan,” even though the market will be subject to fluctuations.

Had 1998 been the Golden Year of Retirement for Mr. Smith, this radical market fluctuation would most likely have decimated Mr. Smith’s entire 401(k) plan. Just by following the “Investment rule of 4%”, which is an arbitrary number that was designed to give a retiree a benchmark to what percentage of a person’s portfolio would be safe to withdraw and spend each year, to secure that they never would run out of money in their retirement. In this example, Mr. Smiths’ 4% would have been equivalent to $4,000 per year and would have been a vast and deadly lag for his account.

We are moving into a difficult time, where we see many indicators that point towards another market correction soon. At the same time, we see a record number of Baby-boomers entering retirement every day. Many of those Baby-boomers now own 401(k) accounts, with most of them entering the workforce post-1974, and therefore were never offered a pension plan.

These 401(k) plans are often very well measured out, so people won’t retire until they have saved up a certain amount of money. Along with their Social Security income, they can secure that they are financially fit for retirement.

It is essential to share the concept of “Sequence of Return Risk” with those individuals and make them aware of what could detriment their retirement years. The “buy and hold” philosophy might have worked well for a person during the accumulation years of working, where new contributions were made to the plan each year with no withdrawals permitted. It is moving into retirement when this 401(k) now has a viable role that has been measured and calculated to serve as a basic supplemental income to a retiree’s day-to-day living expenses.

With a new phase of “retirement life” comes new ways of looking at a 401(k) strategy and moving them from a mindset of accumulation to preservation. It is essential to share with them that avoiding all future downside market risks could quickly become the difference between retiring in peace and according to their plan or retiring with years of financial struggles.

A Fixed Indexed Annuity will, in many cases, be a viable option that will mitigate risk and can often compete with mutual funds over time while not exposing the annuitant to a market decline. If the market is about to fall into a decline, then your money will decline in the process.

Let’s go back to 2008 when the market declined 57%, and if you are now in retirement. You depend on this money to supplement your social security, pension, and essentials. If you take funds out along the way, there is not enough mass to rebound the losses. Hence, it becomes a detriment because it is difficult to recover the losses. It is essential to understand these significant points to avoid suffering great losses to your retirement portfolios.

As with all important decisions, working with a licensed and authorized professional can aid you in your decision.  Take your time, compile research and make sure your decision matches your goal.