The Rollercoaster Market And Why My Clients Are Laughing - Annuity.com 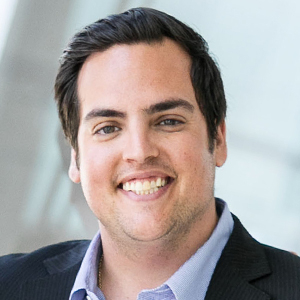 Casey Marx
Casey has been recognized by Forbes Magazine as one of America’s Financial Leaders, is continually recognized as a standing member of the National Ethics Association, and is a sought-after speaker in the retirement income planning field for his unique perspective on retirement income planning solutions for baby boomers and those approaching or in retirement. Websites: caseymarx.retirevillage.com | www.crownhaven.com 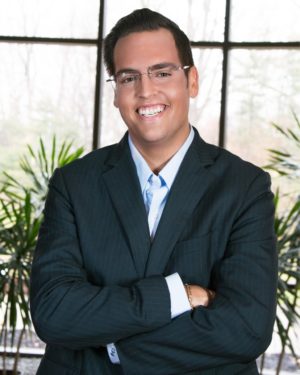 U.S. stocks closed sharply lower Wednesday as the Dow Jones Industrial Average sank more than 800 points and the Standard & Poor’s Stock Index 500 had its worst day since February as technology stocks went into a freefall.

Investors spooked by rising bond yields dumped equities in all sectors, triggering a wide-ranging sell-off and a sharp decline in all major indices. The Dow Jones Industrial Average plummeted 831.83 points, or 3.2%, to 25,598.74, logging its worst one-day drop since February. The S&P 500 index lost 94.66 points, or 3.3%, to 2,785.68, falling for its fifth straight day.

Look around the rest of the world, and all major indexes also fell for the week, and the majority are negative for the month.

The pundits, media outlets, and market-watchers alike have widely proclaimed this recent selloff to be due to one major factor: It’s the Fed, Stupid.

Market action has been directly affected by higher bond yields and interest rates, both of which could signal a new phase in post crisis markets that have enjoyed an unusually protracted period of ultralow yields – causing extreme overvaluation. A rise in yields results in steeper borrowing costs for corporations and investors and has caused a reassessment of equity valuations, already deemed lofty.

On top of that, richer rates of so-called risk-free bonds can attract investors away from equities, which are perceived as comparatively riskier. In other words; the guys with all the money are about to move their money out of the market and into safety, and when they do that, all of us, if we’re not protected, are going to get HAMMERED.

And they say no one rings a bell.

Scott Minerd of Guggenheim Partners on Wednesday reiterated a warning that a one-two punch of pending rate increases by the Federal Reserve and a corporate-tax-cut-fueled fiscal deficit would ultimately upend the stock market’s bull run.

“Just as an iceberg loomed in the distant darkness to be struck by the Titanic under full steam, so the US economy approaches the distant fiscal drag of 2020 under the full steam of rate increases to contain inflation and an overheating labor market,”

The chief economist at Deutsche Bank says: “Maybe it wasn’t [a] savings glut or secular stagnation or low productivity that were holding down US 10-year rates for the past decade. Maybe it was simply the enormous amounts of QE carried out by the Fed and ECB and other central banks…that prop up this market.”

And the resulting rise of interest rates now that is consequently upending our markets is not going to stop according to the chief economist at Allianz. Investors must understand the fact that the stock market sell-off won’t derail the Federal Reserve’s intentions to push interest rates up further, said Mohamed El-Erian, in an interview on CNBC on Wednesday. “The market has to realize this is a different Fed.”

In other words, the music is stopping – do you have a seat? These are chief economists of investment and insurance companies telling us that:
• This market was built into a castle made of sand
• That castle is beginning to show its weaknesses
• We’re getting out before we’re buried underneath it because.
• The Fed has nowhere to go but continue its path because of how low it went before! It has no other choice!

The reality is that rates will continue to rise, and as safe investments (treasury bonds) yield higher returns, institutional investors will move more and more of their money into those safe places – causing stocks to plummet.

Now, all of this said, through all the tumult of this past week, my clients are laughing.

I have clients in Seattle, San Francisco, Nevada, Salt Lake, Wyoming, Colorado, New Mexico, Kentucky, Tennessee, Texas, Virginia, Indiana, and more- some with millions invested with me- Others with 10 thousand invested. Some folks are 30 years old, and others are 70 years old.

The common thread? None of them is worried about this market.

They all have their principal guaranteed against market loss, and they all know exactly what to expect from their retirement savings.
I don’t charge a fee for money management- and every dollar I make is paid to me directly from whatever company I work with in facilitating an account for a client- Never out of my client’s pocket.

And Guess what? When the market comes back, my clients will participate in the growth. That’s right; their money will grow with that market rebound BUT NEVER PARTICIPATE IN ANY LOSSES.

The HUGE difference between my clients, and everyone else in the world that doesn’t own an account with the guarantees that I provide- is that my clients won’t have to wait years attempting to earn a double-digit return just to get back to even before their money starts earning a NET return on investment for them once again.

My clients won’t have to make that terrible choice of whether to reduce their standard of living in retirement or blow through their money quicker because of the market dropping due to something entirely out of their control.

My clients will not have lost a quarter, or half, or more of their investable assets in the process, with a fee being taken out regardless of whether they won or lost.