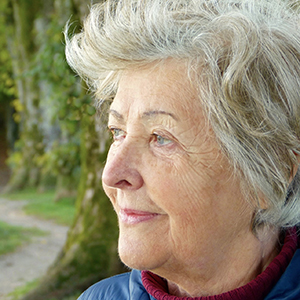 When the Social Security Administration announced that for 2016, 2017, 2018, there would be NO “cost of living adjustment” (COLA) to retirement payments, many considered inflation was under control.

The reason for no COLA is simple, and Congress sets the COLA based on the performance of the Consumer Price Index (CPI). The CPI failed to grow enough to trigger the COLA for those of us on social security. In the past 40 years, this has only happened three times.

In one sense, this is good; it means that inflation is very low, and the cost of daily living is still affordable. If you have been to the grocery store lately, you and I will agree that the cost of food has been skyrocketing. How can the CPI still say there is no real cost in living expenses? The answer is simple: during the Clinton Administration, food was removed from the calculation for the CPI Index.

The CPI does not track food expenses nor energy expenses; they are both exempted categories from the CPI.

The other side of the argument is food costs have risen far beyond any CPI increase, and many people are feeling the belt-tightening.  In California, 16% of all residents are considered below the poverty line. Also, unemployment in California just passed 9% according to the publication, Social Vulnerability. Link to CDC Vulnerability Index https://svi.cdc.gov/

According to the CDC, Social Vulnerability can also include natural disasters.

What is social vulnerability? Link: https://svi.cdc.gov/factsheet.html
Every community must prepare for and respond to hazardous events, whether a natural disaster like a tornado or disease outbreak or a human-made event such as a harmful chemical spill. Several factors, including poverty, lack access to transportation, and crowded housing, may weaken a community’s ability to prevent human suffering and financial loss in a disaster.

As we all know, the cost of medical care expenses is also sky-rocketing. NO, it is not; last year, the overall cost of medical care expense increases was only 5.8%. And yet, with no COLA, the cost for insurance ourselves increased more than the actual price for medical services. Ask this question: Why are premiums for Medicare Part B higher than the actual overall medical costs increase?

According to a recent report from the Center for Retirement Research at Boston College, it points out the difference in insurance and actual costs is a significant difference, and maybe a financial burden for many retirees.

Retirees on a fixed income may find it more and more challenging to maintain a standard of living that exists beyond the poverty level.

Here is a link to the report from the Center for Retirement Research: http://crr.bc.edu/briefs/no-social-security-cola-causes-medicare-flap/