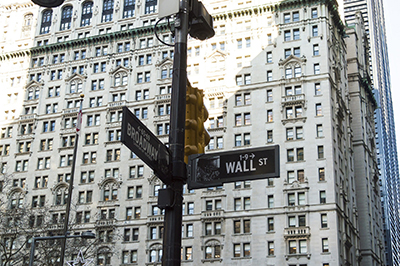 I remember well that statement being made at a financial convention years ago, the speaker followed up his announcement with this: “I just don’t know when!”

It seems that the stock market is always going up, and yet the past few days something odd has happened, it has dropped, dropped like a rock. Immediately after the opening bell on August 24th, the Dow Jones Industrial Average fell more than 1,000 points, more than 5% of its overall value.

Volatility seemed to be the word of the week, up and down with traders confused about which side of the stock to play. Was it China causing all the mayhem? Or was it the never-ending unrest in the Middle East? Analysts sitting on TV shows all over the country were guessing as best they could. One thing I know for sure, volatility gets a lot of attention.

While the sudden drop caused much concern and a lot of front-page news, it is old news. Since the beginning of 2015, the Dow Jones Industrial Average is down about 9%. Some days up a little and some days down a little, but the fact remains it is down. What if you were planning to retire at the end of this year, and your account had little or no gain, would it affect your retirement plans?

On top of the China economic issues, we also have North and South Korea rattling swords and the massive influx into Europe and Greece from immigrants desperate to leave Syria. The bad news is much more frequent than good news, so why the sudden drop? My guess is media-fueled, the need for news, and the need to be the bearer of bad news.

The stock market will go up, and it will go down, that is the nature of our free-market economy. So I will give you some very sound (and free) advice, if your retirement goal is less than five years away, get out of the stock market. If you haven’t accumulated enough funds by now, your risk is way off the chart to do it in your last five years.

Instead, begin the slow move to safety and security by using annuities or FDIC-insured bank products. At retirement time, you reallocate for income and inflation protection. If you do not begin the move to safety and stay invested in stocks, then you are the exact target market for the TV screaming analysts.