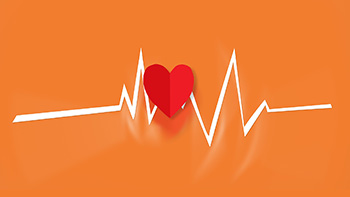 Recently, updates on the actual cost of the Affordable Care Act have disclosed severe issues that could cost the American taxpayer billions.

The report has included that actual cost in both Medicare expense and user expenses unexpectedly have increased.  What went wrong?

We had predicted that insurance rates would rise based on personal experiences with our own medical reimbursement from Medicare providers.

The program is just not sustainable without a severe Medicare financial support system supplied by the American taxpayer.  It has been estimated that over 18,000,000 people have benefited from this program; simultaneously, those providing insurance protection are suffering enormous losses.

What is the answer?  I truly don’t know, but if the system continues, one of three things will happen:

The Hill, a news service that follows both current and ongoing news, examines the current effect ObamaCare is having on those providing the services.

Here is the entire article: http://thehill.com/policy/healthcare/276366-insurers-warn-losses-from-obamacare-are-unsustainable

United Health Care estimated on 4-19; their estimated losses could reach $680 million this year due to morbidity experience because of the lack of younger people joining the group.

All across the health insurance spectrum, health insurance companies are amplifying their warnings about the financial sustainability of the ObamaCare marketplaces as they seek approval for premium increases next year.

Insurers say they are losing money on their ObamaCare plans at a rapid rate, and some have begun to talk about dropping out of the marketplaces altogether.

While analysts expect the market to stabilize once premiums rise and more young, healthy people sign up, some observers have not ruled out the possibility of a collapse of the market, known in insurance parlance as a “death spiral.”

Insurers have been pounding the drum about problems with ObamaCare pricing.

What does the future hold for the Affordable Care Act?  Obviously, Congress will have to step forward and inject money into the problem; in not doing so, millions will be faced with unaffordable premium increases.

It is important to fully understand what the future holds for the Affordable Care Act members. For sure, the current scenario will not be what the future holds; change is inevitable. Most experts agree the plan will change, and the actual cost will be passed to the end-user or the taxpayer.

Either way, the failure of the Affordable Care Act is a reality.