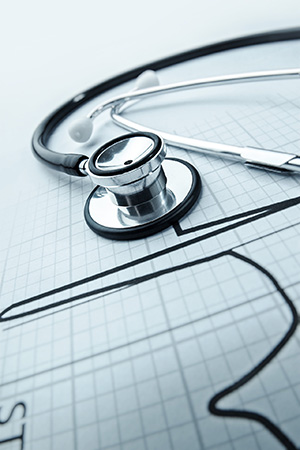 What was meant as the savior of the uninsured and those who cannot afford health insurance, ACA, is in trouble. The trouble is not finding folks who need and want the insurance, it is finding health care providers who will accept the insurance for medical services.

A good friend of mine was in need of medical help, a visit to a local hospital shed a great deal of light on exactly what is going on. His policy which was purchased through the “Covered California” (www.coveredca.com) system is now not being accepted in many parts of Northern California. The result is he was allowed access to health care via an emergency room but was told his policy would not cover the next tier of expenses.

Unfortunately, he is not alone, many are finding that the “two tiered” system is highly segregated when it comes to medical services, all are not available. A “two tiered” system is simple, basic services are covered but anything else is based on the patient’s ability to pay. Medical services are not just freely handed out; they are based on money.   The basic coverage is extended to anyone who has applied and purchased any health insurance through the ACA, extra services are just that….extra.

The answer could not be more basic, the amount of money offered as cost reimbursements for medical care is not enough to cover the medical providers expense, let alone make a profit. This simple part of the ACA is decimating the entire system and it will drive people back to where they came from, the emergency room. Once that happens, people will discontinue the policies purchased under the ACA and the system will fall directly onto the shoulders of the US Taxpayer.

Many who have purchased health insurance offered through the AFA have discovered how difficult it is to even make an appointment with a physician, the first question always is: “What is your health care insurance?”

The goal of the Affordable Care Act, which took effect in 2013, was to provide insurance to tens of millions of uninsured or under insured Americans. The program has been a success when you look at the number of policies issued, about 20 million Americans have signed up, more than ½ uninsurable.

Commuting that success to an ongoing sustainable system has proven to be unsuccessful. There simply is not enough money to go around and those with the short straw are those that need it most.

What should our next direction be for the ACA? Sadly, there is no real answer other than the obvious one, that being a health care system supported by tax payers. If that is the direction, the timing will fall on the next administration and clearly no political party wants anything to do with the AFA, regardless of what their campaign rhetoric is.

The ACA was a gallant and noble idea, born years ago by Theodore Roosevelt and then again by JFK. Reality has proven to be a grounding effect, the AFA is and will fail without taxpayer financing. In doing so, the profit motive of American insurance companies will conflict with tax liability and who really knows what to expect, it will be an enormous mess.

Critics will first jump to the model for Medicare, those who over 65 that are covered by health insurance. Reality bites into that is also with the lowered amount of medical care reimbursements. The bigger problem with Medicare is those enrolled are generally out of their income producing phase and extra medical expense can sometimes be a huge financial burden. Plus, those retire have a retirement income from Social Security and of course we know what that means, congress has access to a cash flow source in case it needs more funding for health care. A truly vicious cycle.

Recently a federal judge ruled that part of the reimbursement program for very low income people was not authorized by congress, which of course means that approval will need to be granted. No one really knows what the next action will be.

Who loses? Obviously those who can afford it least, the poor and those soon to be uninsured.