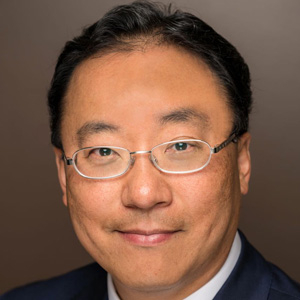 Jerry Yu
Jerry Yu has over 20 years of experience, establishing Reign Financial and Insurance in 2000. He is focused on helping clients save income tax, asset protection and wealth transfer. Jerry is also a member of the Million Dollar Round Table, Top of Table. Website: reignfinancialservices.us

“By focusing on low and middle-income earners, Joe Biden hopes to stimulate a pandemic-ravaged economy. The impact could be significant for higher net worth individuals and corporations.”- Jerry Yu.

Now that both the House and Senate are in the hands of Democrats, it is likely that President will get more of his tax proposals through Congress.

On the surface, these changes appear to impact primarily wealthier individuals and corporations. However, as many of us have noticed over the years, increases in taxes usually wind up getting passed along to everyone somehow.

Here are a few of Biden’s tax law changes of which you should be aware.

While President Biden hasn’t pushed for a specific “wealth tax,” as did his opponents in the primaries, he has demonstrated that he is not opposed to more significant taxes for the wealthy. For example, to help close the perceived income gap, Biden wants to raise the highest personal income rate back to 39.6%. A Biden plan would reduce the number of deductions available to those who make $400,000 or more in annual income. It would also end the so-called “1031 Exchanges” used by real estate investors and phase out the 20% deduction for qualified business income. Biden is again calling for the elimination of the step-up-in-basis for inherited capital assets. Losing the step-up-in-basis means more tax for heirs. Biden’s tax revisions will also end favorable capital gains tax rates for those earning $1million or more.

President Biden is calling for changes to the 401(k) rules. These proposals are likely to impact Americans still in the workforce. Under Biden’s plan:

Trump’s 2017 tax reforms brought the corporate income tax rate in the U.S. from being the fourth highest in the world to closer to the middle of the pack at 21%. Under Biden, the corporate tax rate would move back to the top, going from 21 percent to 28 percent. All corporations would be liable for the greater of the regular tax or a 15% alternative minimum tax (AMT) on profits of $100 million or more.

Financial researchers indicate that, although a higher corporate tax won’t affect employee wallets directly, workers will probably end up paying the price in terms of lower or stagnant wages. Investor portfolios could also feel the effects since taxes tend to create headwinds to corporate profitability.

Other noteworthy provisions of the Biden tax plan include:

To increase homeownership in the United States, President Biden wants to reinstate the first-time homebuyer tax credit. A maximum of $15,000 would be credited to first-time homebuyers. Biden’s version of this credit would be refundable and advance-able to help people at the time of purchase instead of when they file taxes.

Summing it up: President Biden’s tax plan repeals the economy-stimulating tax reductions passed in 2017, increasing the top personal income tax rate to 39.6% and the corporate rate to 28%. To address the idea of “income inequality,” prosperous individuals earning $400,000 or more will be penalized with rate increases and deductions losses. Lower and middle-income earners will generally not see their rates change.

Biden’s plan also calls for families to have more access to tax credits and deductions. The Biden reforms include tax relief for student loans and help for first-time homebuyers to achieve this goal. Pre-retirees and retirees should pay careful attention to portfolio maintenance, asset allocation, and legacy creation as the impact of these changes works its’ way through the economy. It’s a good idea to meet with your CPA, EA, or other experts to review your tax plan’s potential weaknesses. Wealthier individuals must create plans for dealing with the effect of tax increases on their retirement income and legacy planning.