Should You Sell Your Home When You Retire? - Annuity.com 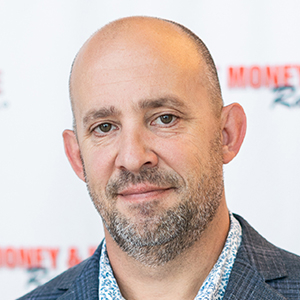 Joe Uppleger
As host of Safe Money Radio Show and a National Presenter, Joe has enjoyed helping people all across the nation protect their retirement money. Website: joeuppleger.retirevillage.com

“If you are at or near retirement, the thought of selling your home may have crossed your mind. Before you make that decision, though, you’d better spend some time considering the pros and cons.”- Joe Uppleger.

The sizzling hot housing market has many pre-retirees and retirees thinking about whether they should sell their current homes. It’s a tempting idea, especially when you see homes going for thousands over the asking price. If you’re paid off or have sizeable equity built up, selling might boost your retirement accounts significantly. However, you have to live somewhere. Renting, especially if you wind up spending twenty or more years without a paycheck, can be a lot more costly than living in a paid-off home. So, should you consider “aging in place” at your current residence? Or are you better off renting, perhaps in a senior community, where you aren’t on the hook for maintenance and landscaping?

Some reasons that the over 55 crowd might want to stay where they are include:

They’ve spent time and money renovating and updating their homes. Many pre-retirees try to do major remodels and upgrades while still working so they won’t have to dip into their retirement accounts. Many have done accessibility upgrades such as adding ramps, walk-in tubs, handrails, and specialized flooring. Since they have made their homes more comfortable and amenable to aging in place, these seniors are sometimes reluctant to sell.

They have a sense of community. It takes some time for a home to feel like home. Some seniors don’t want to sell and move because they’ve established a sense of community over the years. They know their neighbors and local merchants and all the best places to hang out. These seniors might feel intimidated at the thought of having to be new kids on a different block.

Many retirees decide that they want to keep their homes in the family. Some seniors want to leave their home to a child, grandchild, or another family member. If you are considering willing your residence to a loved one, be sure to talk to a tax professional first, or your heir could wind up with a substantial capital gains tax bill. On the other hand, there are legitimate reasons for selling either before or after retiring.

You can’t afford the upkeep any longer. If you are concerned that you won’t be able to afford the monthly expenses once you don’t have a regular income, it may be the perfect time to sell your house.

You’re worried you don’t have enough to retire comfortably. Outliving one’s money is a real fear for most Americans over 65. Lifespans have increased to the point where its’ entirely possible that you will spend twenty, even thirty years in retirement. Selling a home that’s paid off or has significant equity could be a solution to plumping up your retirement portfolio.

You want a change of scenery. Perhaps you’ve dreamed of learning to waterski or surf or go deep-sea fishing. It makes sense that moving from a landlocked location to a place near the ocean would give you more chances to pursue water-based hobbies. Or, you might like a colder climate where you can spend time skiing or mountain trekking.

Bottom line: Transitioning from homeownership to becoming a renter is a tougher adjustment than you might think, especially for those who have owned their homes for many years. Before deciding to sell, meet with your financial advisor. They can help you determine if selling your home makes sense from a financial and practical standpoint.