Should You Invest In Gold Consider These Pros and Cons

For centuries gold has been an asset that many have used as their basis for wealth.

Ownership of gold also means you own a direct relationship to volatility. No other asset in the past hundred years has reflected volatility more than gold. If you are concerned at all about volatility, especially with your important retirement funds that must remain safe and secure, gold might not be the recommended asset for you. 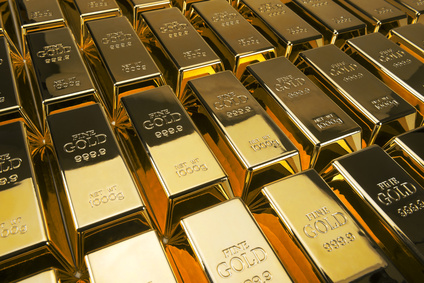 Gold has been mesmerizing the human imagination for centuries: from the ancient Egyptians to the hardy gold prospectors of 19th century California.

Gold has driven us to explore new lands, to fight wars for it. Gold has been a measure of status and financial prosperity.

The United States was on the gold standard for close to 200 years until President Richard Nixon in 1971 moved our monetary system to our dollar not being convertibility to gold.  The US Treasury became the guarantor not physical gold.

Gold is still incredibly popular today. Nearly every TV station has commercials encouraging people to invest in gold. Gold is sold as safe, secure and the only currency that can withstand an economic collapse.

Gold is considered the ultimate asset. Even more so than real estate. Gold has been considered a hedge against inflation. Of course, the price of gold fluctuates depending on many factors. Gold can still be a stable investment despite sometimes wild fluctuations.

But in our modern global economy, gold as an economic stabilizer doesn’t have the same power as it has had historically.

Let’s look at the pros and cons:

1)    Gold is tangible. You can see it, hold it and possess it. Gold doesn’t tarnish like other metals. The gold you own now will look the same 1,000 years from now. Gold is a currency, an alternative currency, however. You can trade it for other forms of currency whether that is cash or use it to barter for other goods.

2)    Jewelry. Gold is stylish. From gold rings to necklaces, gold looks great. The gift of gold jewelry is often an expression of love in nearly every part of the world.

3)    Peace of mind: Gold is seen as a safeguard against a financial collapse: something that will hold value. Gold became extremely popular in 1998/1999 has many expected global collapse due to Y2K – the year 2000. The sale of gold also boomed after the 2008 collapse of the American bank collapse. Prices soared and people had peace of mind amidst financial turmoil.

The Cons of Owning Gold

1)    Stress of ownership. While it’s often a pro to have a tangible asset it can be a double-edged sword. Storing gold takes not only space but you must also secure the asset whether that is in a safe or simply hiding it. If you should experience a break in to your home you can lose this asset in minutes and it’s nearly untraceable. You’ll have to manage a certain level of paranoia securing and managing your gold.

2)    Gold can be a dead asset. This is true simply because it has minimal commercial use unlike silver, copper or other precious metals that are widely used in industrial applications. Gold is not utilitarian as other tangible assets such as real estate. You can’t rent it out as you can a home. Gold has no earning power outside of selling it when gold prices rise and then, well, you no longer have gold.

3)    Hidden costs. People often forget about the costs of buying and selling gold not to mention storage costs, insurance costs and transportation costs. Investing in gold costs more than most people realize.

Should you own gold?

It depends on you. What primarily drives gold ownership is fear of the future. If gold helps assuage your fears, then it may be for you.

If the future looks bright to you, other investments may make more sense than stockpiling gold.

If you do want to own gold, it’s advisable you work with an established source with a documented track record. Some guard against gold scams by purchasing only gold coins.

Whatever you decide, do your due diligence.

About the Author: Lyle Boss

Lyle has actively taught advanced estate planning and asset preservation for more than twenty years in such places as the University of Utah and in over 200 Senior Retirement Consumer Education Workshops throughout Utah, Idaho and Wyoming. Websites: lyleboss.retirevillage.com | safemoneylyleboss.com