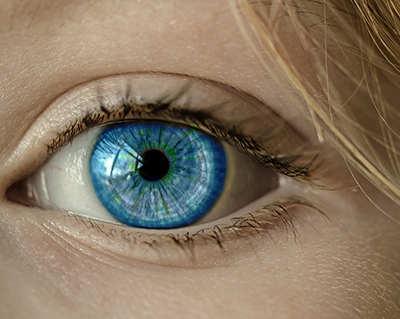 It seemed at the time that space travel was something for the movies and yet, look what has happened. The future they say is now. That is going to be the truth for our industry, the annuity, life insurance and long-term care insurance industry. The future will belong to science, and the insurance industry will use science to their benefit.

Science is going to change the way insurance companies do business, primary in accepting risks. Let me explain, our DNA is the roadmap of our bodies, it tells (and will even more) exactly what will happen to us as we age. It will identify who will get Alzheimer’s, who will have a stroke, who will die early and who will live longer. With that information will come “ulterior” pricing for insurance.

If the insurance company could come closer to estimating an individual’s life expectancy, then premiums could be adjusted to compensate for the possibility of paying a claim earlier than expected. Our whole mortality and morbidity tables are going to be changed; changed based on an individual’s DNA.

I will stay with Alzheimer’s disease for a few minutes. Over the past 30 years, an extraordinary amount of work has been done to attempt to find a cause and a cure for this dreaded disease. The result of millions of dollars of research is very negative not much is known about how it starts and how it cured. The results have been so depressing that some members attending an Alzheimer’s Association conference recommended funding be re-focused on care and not research. Of course, we all know that is not the answer, just as science will learn more about our DNA, others will begin to understand more about Alzheimer’s.

More than likely, science will begin to understand diseases as DNA is further explored. Along with that will come more information about how DNA affects other parts of our lives, such as depression, heart disease and such. If an insurance company could evaluate the risk of an individual based on DNA, then it can begin to join HAL in the Odyssey, pricing based on an individual’s DNA.

Imagine an annuity company offering a lifetime income to someone they knew would outlive the estimates of the mortality table. If they knew how long someone may live, the benefits paid over that same period would be much less. In other words, the word insurance would be substituted for the word….Guarantee. Guarantee to know what their financial exposure is, that would change pricing and make a massive amount of money for the insurance industry.

Take it to the Long Term Care Insurance industry, if an LTC insurance providers knew who would more likely have a debilitating disease such as Alzheimer’s then pricing would change dramatically. The longer a person might live with the disease, the more extended the liability for paying the claim. Remember, companies don’t care for risks they cannot successfully provide reserves for, in other words, knowing the possible limits of a claim allows for precise planning for claim reserves, and profits.

The key to making all this profitable for the insurance industry isn’t understanding the genomes; it is understanding the interior of the genome. If each particle of DNA can be further dissected, then every possible estimate of future events to the individual human can be projected. Not estimated, but projected with insurance company accuracy. Once every aspect of the interior of the genome is known, then science can use an outside force to mutate the genome to react in an entirely different manner, in other words, is cancer a possibility? Is Alzheimer’s?

I may be a little far into the future but maybe not. If I were a prospect for a life insurance policy, the company might ask for a blood sample. From that sample, they could easily extract my DNA. The DNA could be placed in a screening computer that could easily spit out all possible probability about my health and life risks. That would greatly benefit the insurance company in assessing their risk. It would affect premiums paid and profits earned.

Of course, the alternative benefit is this research will all help us live longer and better. Along with that benefit, we need to assess a price, the price of someone else knowing all future happenings for individuals.