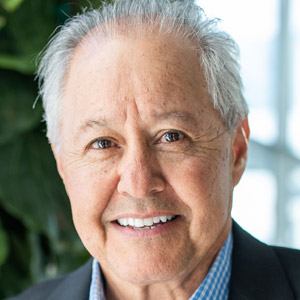 Al Martinez
For more than two decades, Al Martinez has been an advisor and general agent in the financial services industry, helping clients to make sound financial decisions in the areas of insurance and retirement planning. Host of the Al Martinez Retirement And Income Radio Show. Website: afsg.retirevillage.com

Her jaw began to hurt three years after Sue retired, at first only when she awoke, then eventually constant. As she aged, a slight overbite had grown to a large overbite that was changing her mouth and her life.

Her dentist suggested several options, surgery, exercises, and special devices. Eventually, Sue was sent to a specialist who created a mouthpiece to help with the correction. Sue was shocked to receive a bill from the expert, and Medicare did not cover the procedure.  The bill was $4,000, and it was due.

The oral device was not very efficient, and Sue’s overbite seemed to worsen.  It became more challenging for her to relax and harder to eat, and she became conscious of her mouth.  Eventually, she lowered her social interactions.
The next avenue was another specialist, an oral surgeon. The procedure he discussed was like watching a horror movie; it was expensive.  It could be performed in his office, but it did require a general anesthetic. The cost, plus the experience, caused Sue to wait.

Because of the expense, Sue consulted a second oral surgeon who offered a slightly different procedure.  Since she was now retired, any additional oral surgery was at her own cost. Her mouth became so severe that even the simple eating exercise became a laborious chore.

Finally, surgery was performed on the day, but the results were less than desired.  The overbite was still evident, and the jaw showed some relief from pain.  The problem was far more significant now; the expense for the oral procedure was almost $15,000. Sue is a retired school counselor and had saved her money for extra fun in her “golden” years.  Now it seemed those years might not have the attraction they once had.

My advisor, who had helped me plan for my retirement, had failed to explain a massive hole in my retirement planning, my dental care. The failure to correctly my overbite had caused other issues in my mouth, two crowns loosened, and one fell out.  The cost to repair the two crowns came to another $2,800. Plus, her overbite was still evident.

Eventually, I was referred to a third oral surgeon who successfully fixed my overbite and got my mouth corrected.  The overall cost came to almost $35,000.  $35,000 that Sue had to remove from her IRA.

She thought she was prepared; she wasn’t.  Her retirement advisor had failed to mention the shortages of coverage regarding oral care. Medicare does not pay for dental care; make sure you find out precisely what your medical and dental insurance will cover as you age.

Just like you would have an emergency fund to replace the stove and set aside a different contingency fund to care for your mouth, the out-of-pocket expense can be horrendous.  A cost that can hurt those living on fixed retirement income.

A recent report from the American Dental Association found that 25% of those on Medicare said oral expenses become the barrier to good dental health.  Many choose to neglect their teeth because of the cost.