Rich Get Richer, Poor Get Poorer – What about the Middle Class? - Annuity.com 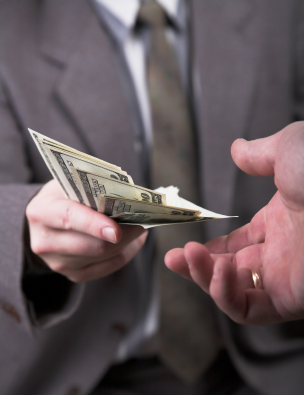 A recent study by Oxfam explained the distribution of wealth which to many people is alarming.

The report states that 85 individuals in the world have more combined wealth than the poorest 3.5 billion.

It further states about our country: “In the US, where the gap between rich and poor has grown at a faster rate than any other country, the top 1% captured 95% of growth since 20019.  During that time, 70% of Americans became poorer.”

The “rich get richer” as the old saying goes and the gap between rich and the number of poor widens every day. Of course, the obvious way to balance out the deficit would be to add all the money together and give each an equal share. If my memory of history is accurate, this has been tried in the past — it was called Communism.

I wish everyone on planet earth could have all their needs met and live a long and happy life.  That being said, the rich will always have an advantage over the poor.  Instead of discussing the variance between the rich and the poor, how about those of us in the middle, the other 4 billion here on planet earth? Those of us who work at a job, save money, and educate our children are the ones who are the middle class, so how do we get ahead?

In September 2020 a UC Berkeley study found that the wealthiest 1% of Americans saw their income grow by 31.4% between 2009 and 2012. Also, it was discovered that income inequality in the United States was the highest since before the Great Depression.

How did this all happen?  How does such inequity occur? One actual reason why most in the middle class cannot move to a loftier position is our tax system.  Workers are taxed at a different rate than investors — the difference between earned income and dividend and capital gains taxation is significant.  If you work, your tax rate is higher than if you earn from your investments.

How do we accumulate more money? How do we become millionaires? My answer is simple: we don’t need to.  Ask yourself, what good is a pile of money?  Does it represent success?  Does it acknowledge your efforts?  Yes, it does, but it is not important.

What is important is cash flow, having enough money to live as well as you desire.  Now I know there are those who desire to accumulate a large amount of money.  To me, having an income that I cannot outlive is far more critical.

That being said, we in the middle class already have that option open to us, the income we cannot ever outlive.  It is called investing in an annuity.