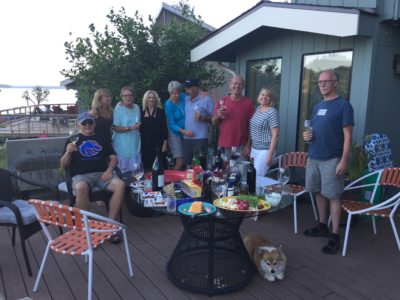 Does the American Dream still exist for most Americans?

Over the past 25 years, the net worth of U.S. households headed by an individual 34 years old or under was dropped by 31% (Pew Research Center). It’s hard to imagine that with such a drastic reduction in net worth that the American Dream is still attainable. Even with this change in overall economic fundamentals, prosperity and success, the two main tenets of the generalized dream, are still achievable as long as you change your way of thinking and adapt to the financial realities presented by the current economic world rather than clinging to methods used by generations have gone by.

Is Home Ownership Still a Part of the Dream?

Buying a home has traditionally been associated as a big part of the American Dream. From a practical standpoint, however, owning a home should be viewed as a financial decision like any other, not a default activity that everyone should try. To understand the distinction, consider this: no one would ever say that every investor should own shares of Google (for example). Instead, the decision to invest in Google (or any other company) or any financial instrument for that matter, should be evaluated by the individual investor based on his or her goals, level of commitment, age, risk tolerance, and optimism surrounding the investment. Home ownership is no different.

Those who bought homes in the last decade may have thought they were buying into the American Dream, but this decision took a dramatic and unexpected turn resulting in a significant % of homes in the U.S. now being underwater, a state in which the balance of the mortgage owed outweighs the home’s value. This is helping to dilute a considerable portion of the potential net worth of the generation. However, it’s worth noting that these individuals do still own their homes. If they maintained the same income that they had when they bought the home, then many of them will continue to be able to pay the mortgage and live in the home. So if their idea of the American Dream was to be a homeowner, they still realize that. If it was to make a profitable real estate decision, then they may be out of luck.

Where Does Income Fit In?

It’s easy to try and interpret your income as a measure of success, but as a real benchmark of success, this may not be indicative of true success, determined by each person’s measures. A low professional or laborer can be amongst the most socially conscious and important whereas a wealthy individual could be unhappy and lonely in their world. Many people would readily sacrifice financial security and comfort to make a difference in the world around them. Prosperity and success do not necessarily go hand-in-hand. Often, one individual’s definition of success may stand between his ability to create wealth. If prosperity is a defining factor in your idea of success, then it’s vital that you focus on making the kind of career moves that will help you gain that, but you still must remember that there are no guarantees. And while a college degree may have been the ticket to high income 20 years ago, the market is much more competitive now, and you may need to take other steps to convey your value to employers.

The American Dream has been too-long tied to the idea that prosperity brings happiness and that the same set of moves that delivered the dream’s realization decades ago will work today. While living in survival mode is probably not the ideal situation for those looking to be happy, neither is it a requirement to have a nest egg of millions in the bank. Instead, why not focus on your definition of the American Dream. Understand it based on your priorities and potential and make relevant individual decisions rather prescribing to a group of pre-set parameters and steps.