People Depleting Their Retirement Funds Fast… Do Not Be One - Annuity.com 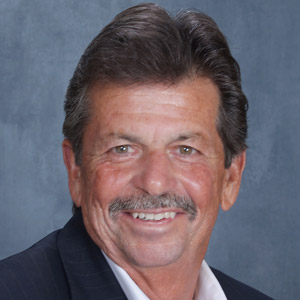 Joe Edgeworth
Joe has been a financial planner since 1992, working with individuals, families and business's. His company focus's on teaching people how they can invest their money safely, with a 100% guarantee of their principle, earn a very respectable rate of return, and have income guaranteed for their lifetime. Website: edgeworth.retirevillage.com

According to a recent Harris Survey, people who take a lump sum from their employer-sponsored retirement plan are depleting those funds fast. 1 in 5 retirees has exhausted it completely.

After lump sum withdrawal, according to Harris Poll:

62% had money leftover
21% had depleted their funds entirely
17% didn’t know how much they had.

The average time for lump sum depletion was 5.5 years.
Running out of money and planning for retirement in five or six years typically signifies two things: They had a small amount of money to begin with or poor advice.

“Not having an advisor is a huge mistake,” Jim Donovon, an independent financial industry researcher, said. “Many people think they can manage their retirement funds alone. And a small, tiny percentage can. But the research data shows over, and over that without a professional advising people on their money, the chance of them spending too fast or not having enough is much higher.”

Of course, some people deplete their lump sums because they have income from other sources. But the poll only showed this to be about 2% of cases. But finishing a lump sum is not advisable, especially since the survey showed most did so with a car, RV, and other non-investment purchases.

Donovon added: “Unfortunately, people often see these lump sums much like lottery winnings. Something they lucked into and therefore are more easily to self-persuade to spend it on less wise things like cars, boats, and jewelry. The lump sum changes psychology and has been very problematic. In many ways, I wish the industry would split lump sum payments into small installments. I think that would help people not spend it so fast. However, it is their money, and they should be free to do what they wish. But a sound financial advisor could guide them from making this all too often mistake.”

One way to guard against depleting funds is to roll your valuable retirement funds to an asset class that guarantees safety and security. Annuities.  Annuities can provide income, allowing people to see just how long their retirement funds will last.

In Congress, the Lifetime Income Disclosure Act introduced with bipartisan support this month would amend the Employee Retirement Income Security Act of 1974 to require lifetime income disclosure. Donovon stated that the passage of this bill would likely eliminate 50% of those lump sum depletions citing that simple education helps people make better decisions.
The advisor is essential.

Considering income that can never be outlived offers a long-term solution that can help relieve stress.  Making decisions that affect long-term financial support requires careful planning.  Working on a retirement plan with an advisor is in most people’s best interest.  Many pitfalls can appear over time, inflation, health, and lifestyle.
Preparing for the unknown can be challenging, but those who ensure their primary retirement funds are guaranteed will be much further ahead.

“It’s no different than a person with a health problem who diagnoses themselves with internet research,” Donovon said. “90% of the time, they are wrong when they finally visit the doctor. A sound financial advisor is like a physician for your finances.”