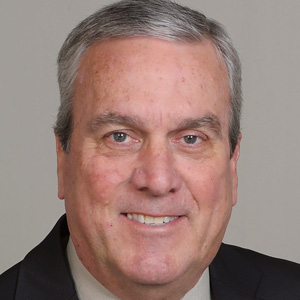 Jim Junge
As a speaker and published author on a variety of retirement income topics, both for the private sector and for federal employees, Jim stresses the importance of financial education through his writings and the seminars he offers. At the core of his philosophy and business approach is the belief that “retirement money should not be put at risk…nor does it have to be to get what you need”. Website: jimjunge.retirevillage.com

Will everything in your life remain normal?

“Normalcy Bias”: a belief people hold when considering the possibility of a disaster. It causes people to underestimate both the likelihood of a disaster and its possible effects. Many people may tend to believe that things will always function the way things have performed in the past. This may result in situations where people fail to prepare themselves for disasters adequately. About 70% of people display normalcy bias in disasters.

The “normalcy” can manifest itself in various disasters – car crashes, geo-political situations, world-historical events, financial catastrophes. The theory is that the normalcy bias may be caused by the way the brain processes new information. Further, that stress slows our ability to process information, and when the brain can’t find an acceptable response to a situation, it fixates on a single default solution. This single resolution reaction can result in unnecessary damage, injury, or even death in disastrous circumstances due to lack of preparation, and underestimating the effects of the disaster.

A similar turn of events occurred in 2008 when there was a substantial drop in the markets, a plateau, and then the infamous downward spiral which destroyed nearly 50% of most retirement savings, requiring over 5 years just to get back to the original level prior to the crash.

How much better off would you have been if you got out after that initial market loss and before the catastrophic dive? Did your own normalcy bias play a role in your losses then?

Today, even the most “bullish” of the Wall Street players acknowledge that this 10 year Bull Market is ending. It’s no longer a question of “IF,” but “WHEN.” Nobody knows for sure, but “normalcy bias” has blinded many—that much is for sure.

Did you lose money in 2008? What are you doing to make sure your finances aren’t impacted the same way next time? The older you are means you may not have the same timeframe available to earn it back without financial risk to your retirement income this time. How much of your nest egg do you want to protect, this time?
Don’t allow Normalcy Bias to prevent you from doing what you know is right and reasonable.

Let’s discuss your alternatives and protect your retirement income, THIS TIME.