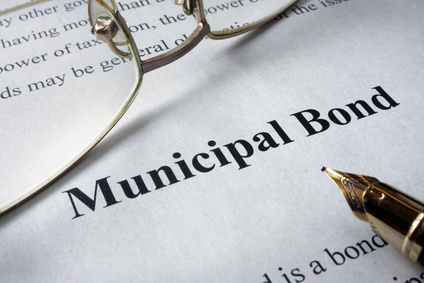 Overview Of Municipal Bonds
Municipal bonds (also known as “munis”) are attractive to many investors because the interest income is exempt from federal income tax and in many cases, state and local taxes as well. Also, munis often represent investments in state and local government projects that have an impact on our daily lives, including schools, highways, hospitals, housing, sewer systems, and other vital public projects.

At the outset, understood that the term “municipal bonds” is typically used to describe all tax-exempt bonds, whether or not they are issued by a municipality (as opposed to a state, county or other political subdivision). Although such bonds are referred to as “tax-exempt,” there are numerous federal and state tax consequences associated with the acquisition, ownership, and disposition of such obligations.

Even though the interest paid on a municipal bond is tax-exempt, a holder can recognize gain or loss that is subject to federal income tax on the sale of such a bond, just as in the case of a taxable bond. The amount of gain or loss is equal to the difference between

i. the sale price of the bond and
ii. The holder’s tax basis in the bond (the amount the holder paid for the bond initially, including any additions to such bases, such as OID as discussed in the following section).

Thus, if a holder purchased a $5,000 face amount municipal bond for $5,000 and then sold the bond for $5,200, the holder would have a capital gain of $200. Typically, the purchase and sale price of a municipal bond includes the dealer’s markup; however, in cases where a commission is charged, it should be taken into account by the holder in computing gain or loss.

If making money on your investments is essential, taking profit before maturity might be a correct choice. Learning the current value of your enforce bonds is easy and at no cost.