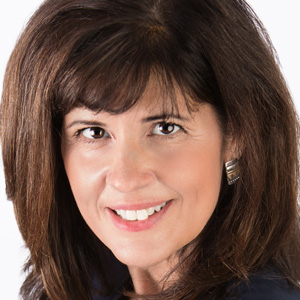 Lisa Cassidy
Lisa Cassidy is known for educating and supporting clients as they develop an understanding of strategies that preserve retirement money and create income in both rising and falling markets. With a passion for listening, she is quickly attuned to the challenges clients face in retirement guiding and helping them to make decisions that ensure they will have lifetime income. Websites: lisacassidy.retirevillage.com | www.allegiantfsg.com/

Lies my financial advisor told me, or How I stopped worrying about “yields” and started loving my guarantees…

The 21st-century financial world is blanketed in a fog of half-truths, idle speculation, rumors, innuendos, and outright lies that, thanks to the internet, shows no signs of dissipating.  We are awash in fake financial news that is both eye-rolling ridiculous and potentially dangerous to our economic well-being.  Such disinformation often comes from financial entertainers and money celebrities who often know little to nothing about the products they are discussing.

This kind of mind litter creates confusion and fear, ultimately resulting in people making bad decisions about their wealth; decisions from which they will rarely, if ever, recover.

Many people, for example, choose to avoid annuity products when planning because of some potent misinformation doled out by people who know nothing or next to nothing about that product.

Dave Ramsey holds himself out to be “America’s Trusted Voice on Money,” but seems painfully uneducated when it comes to annuities.  Dave appears disinclined to recommend any financial instrument that he does not own or which is not promoted by his group of financial advisors.  So he continues to recycle some common annuity myths, such as:

1.    Annuities are bad investments.  I can understand this belief.  There is a lot of really suspect annuity marketing going on out there.  I’ve read “teaser” ads touting returns of 7% or higher from an annuity, which is extremely misleading, if not downright dishonest.  The truth of the matter is that annuities are not investments at all.  Rather they are contracts designed to transfer risk while solving specific financial problems.

2.    Annuities have no place in retirement planning.  Dave Ramsey makes no secret of the fact that he loves mutual funds and pretty much hates everything else.   He seems to feel that annuity products are unsuitable for anyone…anytime.   I do agree that annuities are not for everyone.  However, if you have certain specific goals, an annuity can help you achieve them.  Financial blogger and author Stan Haithcock calls these specific needs the “Annuity P.I.LL.”   According to Stan, if you don’t want at least one of this things-Protection of Principal (P), Income for Life (I), Legacy or Longevity (L) then you probably don’t need an annuity.

What do you want your money to do? Is it income? Long-term care issues? Is it legacy? Is it Your peace of mind?

3.    Annuities have too many high fees.    I’ve never seen Dave Ramsey break down costs and fees for an annuity and compare those with fees associated with other financial products Instead; he paints all annuities with the same broad brush, suggesting that annuities are loaded up with exorbitant costs which render them useless as a financial tool.  The reality is that many fixed annuities do not impose any fees at all and several funds with commissions capped at a mere 5.75%.

If you or someone you know is afraid to look into annuities, I suggest you seek out an annuity expert to help you understand and discover your financial goals. Proper planning ensures you will get the right annuity and that surrender charges will never become an issue.

Having an annuity specialist on your team will help you reach your wealth protection and distribution goals and ensure that you achieve a retirement that is more secure, less stressful, and more predictable.