A joint and survivor annuity can provide income for two people regardless of how long they live. 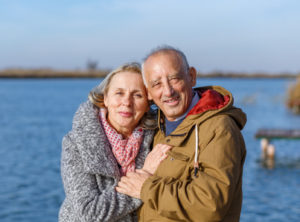 A joint and survivor annuity is held by two or more individuals, usually by husband and wife, under an arrangement wherein annuity payments are made in full while both the contract holders are alive, and at a pre-specified percentage (50-100%) of the full amount after the death of one of the annuity holders. One of the annuity holders is the primary annuitant while others are joint annuitants. For the purposes of this discussion, we assume a joint and survivor annuity with two annuitants, one primary and the other joint.

Reducing on First or Either death

Annuity payments are made in full while both the annuitant and are alive. After the death of either of the annuitants, reduced payments ( 50 to 75% ) are made to the surviving annuitant.

There are many things which you need to factor in before you can even begin to think about the returns from fixed indexed annuities. For example, people who purchase such an annuity at the start of a prolonged stock market crash, such as that in the ’70s or just before the dot-com bubble crash of 2001 may have to adopt a purchase and hold policy. They will have to wait until the market breaches the previous high and keeps going up even further before they can consider the annuity as a profitable investment.

In this case, if both annuitants are deceased, the balance of the principal paid in by the annuitants is handed over to the estate or beneficiary as a single lump sum payment, instead of installments.

Full payments are made until either one of the annuitants is alive, irrespective of which annuitant passes away first.

Joint and Survivor (100%) with Certain Period

Joint and Survivor (100%) with Installment Refund

Full payments are made as long as either annuitant is alive. If both annuitants pass away before the company has paid out an amount equal to or greater than the principal, payments continue to the estate or named beneficiary until the total payments made equal the paid in principal.

Joint and Survivor (100%) with Cash Refund

Full payments are made as long as either annuitant is alive. If both annuitants pass away before the company has paid out an amount equal to or greater than the principal, the balance is paid out as a one-time lump sum cash payment to the estate or the named beneficiary.