It Is Not If, But When - Annuity.com 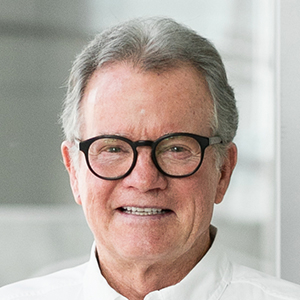 According to the National Bureau of Economic Research, as of July 1, 2019, the U.S. is officially in its longest expansion ever. For over 120 months, the economy has been growing. However, in recent weeks, there have been signs of a potential slowdown.

While I tend toward optimism, I understand the cyclical nature of economics and the fact that all bubbles burst at some time or other.

Lately, I have noticed some unsettling trends, which lead me to believe that an economic downturn is imminent.

The most popular and commonly used metric for stock valuation is the Profit to Earnings Ratio. The P/E is calculated by dividing the share price of a particular stock by its’ earnings per share (EPS). Right now, the market is trending toward a very high P/E ratio. At the same time, this does not necessarily indicate that stocks may be overvalued. However, as the investment website “The Balance” writes, “… abnormally high P/E ratios, combined with exuberant headlines, can be a signal that the market is overheated and equity exposure should be reduced.”

More and more people are in debt and living hand to mouth. According to UBS analysts, a shocking 44% of Americans do not make enough money to pay for their monthly expenses. Stagnant wages are probably a huge factor in why U.S. consumer confidence has fallen for three months in a row. A leading indicator, the Bloomberg Consumer Comfort Index, has dropped at the fastest pace in eight years.
Corporate debt continues to pile up. “Cheap money” arising from perpetually low-interest rates has induced many companies to take on more debt. As a result, companies are vulnerable if interest rates rise or the economy goes even a little downward. Highly leveraged businesses during an economic downturn are forced to lay off workers.

The Manufacturing Sector is hurting. Instead of the promised boom in manufacturing, manufacturing is now the smallest part of the U.S. economy in nearly 72 years. This decline is not good news since manufacturing has traditionally been a significant source of good-paying jobs. There have been a lot of large companies announcing layoffs in the past two years, including Molson Coors, AT&T, Pfizer, and Harley-Davidson. In my opinion, when the beer and motorcycle companies are laying off workers, trouble is brewing. (pardon the pun)

Retail continues to meltdown: Payless, Forever 21, Charlotte Russe, Charming Charlie’s, Lowes, and a host of other brick-and-mortar retailers have been closing stores, laying off help, and filing for bankruptcy. Along with a lack of innovation, online shopping is to blame, as is a lack of consumer confidence.

Moody’s Analytics says retail is already in a recession, and analysts expect the situation to worsen. Continuing tariff wars with China The Trump Administration’s feud with China appears to be far from a resolution. Add to these reports that China might be developing a gold-backed electronic currency, and you get the potential igniter of a market crash.

So, what can you do to prepare? If you are less than five years away from retirement or already retired, you need to take some steps right now to safeguard your wealth.
1. Eliminate as much debt as possible. Getting rid of debt is always a good idea at any stage of your financial life, but it is essential as you near retirement.
2. Rethink your investments. Make an appointment with your financial advisor and review your current investments. It may be time to move to re-balance your portfolio and move to more conservative choices. Some people might even be better off exiting Wall Street altogether.
3. Look for more safe money options. There are more ways to safeguard your wealth than ever before, including various annuity and life insurance products unavailable to parents and grandparents. Partner with a safe money expert to find which products offer you saner, more steady growth, guarantees, and less risk.

Recessions, like earthquakes and wildfires in California, are inevitable but unpredictable. If you are like most people and can’t afford to lose a cent of your cash in retirement, then you should work hard toward becoming well-planned and avoid making costly money mistakes.