Is Your Financial Advisor Talking Up "ILAs?" - Annuity.com 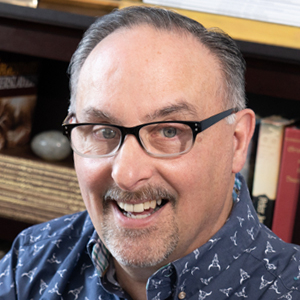 “You may be hearing more about a newer type of annuity product- the ILA, or “buffer” annuity in the coming months. But, be careful you know the pros and cons before jumping on the bandwagon.”- Dave Barr

With interest rates hovering near-zero for at least the next couple of years, indexed linked annuities (ILAs), also known as “buffer” annuities, are getting a lot of attention from investors.

Designed primarily for a more risk-tolerant investor in the accumulation phase of their financial life, these hybrid annuities attempt to give investors more substantial gains. Annuity companies promote ILAs as offering some degree of protection against market losses.

The “buffer” in buffer annuities refers to their primary feature, a buffer against market risk. Some buffer annuities also have floor protections designed to limit losses. While they transfer some downside risk back to the annuity company, floors often come at the cost of increasing limits on upside potential.

There are numerous iterations of buffer annuities, each with unique features and moving parts. A typical kind of buffer your advisor might suggest will absorb the first 10% of market losses in any given year. In exchange, gains in this kind of annuity might cap at 8-9% compared to around 4.5% for a fixed index annuity. While this may sound enticing to some investors, it’s worthwhile to note that ILAs have some potential downsides you must consider.

How do buffer annuities work?

On the surface, a buffer annuity looks pretty simple. Let’s say you choose a buffered annuity for a lockup period of six years. You then pick an option that protects (buffers) you against market losses of 20%. If the market goes down 25% that year, the company picks up 20% of the loss, and you pick up the remaining 5%. If the market went down only 20%, you would lose nothing.

However, there IS a trade-off for this, and it is a cap on your gains at an agreed-upon rate. If your cap is, for example, 10% and the market goes up 20%, you only get a 10% return on your investment for that year.

Summing it up: ILAs were created to give investors still in the accumulation phase a hybrid solution to maximize market gains along with a measure of protection against downside risk. ILAs are relatively new, somewhat complicated vehicles requiring education and research for both investors and financial advisors. A person considering buying a buffer annuity must know precisely how they work. They must understand the pros and cons of the product, tax considerations, and how an ILA fits their overall financial strategy. Before purchasing any financial product, always consult your trusted financial advisor to ensure that your selection meshes well with your risk tolerance and money philosophy.