How Safe Is Your Nest Egg - Annuity.com 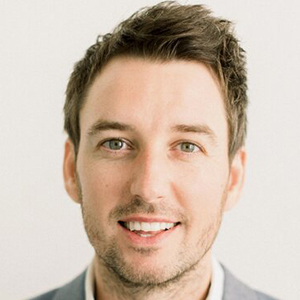 Paul Ritchie
Paul is a retirement planning specialist & insurance broker, who first and foremost is passionate about helping his clients. He was first drawn to this field because of the ability to assist people in such an important part of life, and prides himself on being both professional and personable. Website: ritchieadvisorygroup.com

You’ve spent a lot of time, hard work, and dedication saving for retirement. So the last thing you want is to lose any of your hard-earned money to market losses or increased tax rates. However, this is what a lot of retirees face with the accounts that they currently use for their retirement savings.

A lot of people I talk with use a 401(k) or IRA for their retirement savings, as this is what they’ve been taught to do for so long. There are benefits to every type of account, of course, so these aren’t bad accounts by any means, but you have to understand them to figure out if they are best for you. Both a 401(k) and IRA are tax-deferred vehicles, which means the money you put in today is not taxed. This money grows on a tax-deferred basis, but you do eventually have to pay taxes on that money when you withdraw it in retirement. Now, one big question I ask all of my clients is, “do you think tax rates are going to go up or go down in the future?”

You are probably thinking the same as all of my clients at this point that they are going up! My next question is what stumps my clients and gets them thinking, “so if you think taxes are going to go up in the future, then why are you deferring taxes now while at a lower rate, to then pay higher taxes in the future when you withdraw your money?” This is where all of my clients take a moment to think about it and realize that this probably isn’t the best option. If you believe that you will be in a higher tax bracket when you retire, then wouldn’t it be better to pay taxes now, so you don’t have to pay taxes at a higher rate in the future?

Remember, retirement is the time when we are usually no longer working, so we could most benefit from not having to worry about taxes (let alone higher rates that could continue to go up). Along with increased taxes, you also can’t forget that the money you have in your 401(k) or IRA accounts may be at risk from market losses.

Imagine if you lost 40% of your account value. Let’s say you had $100,000 and lost 40% in a market crash that would be a loss of $40,000, leaving your retirement account now at $60,000! Now, imagine withdrawing funds from that $60,000 while having to pay taxes on the money as well. You can see how these two things alone can drastically change someone’s retirement plans. Unfortunately, this can be the difference between someone retiring and someone having to work far past their retirement age.

Did you find yourself answering yes to my initial question, that you have a 401(k) or IRA? If you believe that taxes will be higher in the future, then wouldn’t it be great to switch those current accounts from tax-deferred to tax-free accounts? These days, almost every expert out there is talking about the next market crash. Will it be this month, this year… or maybe next year? No one, and I mean no one, knows when the next market downturn will happen.

But it is pretty safe to say that from historical data, we are massively overdue for a market correction, which could happen very soon. Wouldn’t it be nice if you had your money in an account that protected you from market losses? With these accounts, no matter what happens, you don’t lose money. What if the market crashed around 40% again like in 2008, or maybe this time it’s an even bigger crash… 50%, 60%? Wouldn’t it be nice not to have to worry about a crash at all, because your money is in an account that guarantees you no loss? Your money could never go down, and will only ever go up. Well, thankfully, these accounts do exist!

There are many ways in which we can help you safely save and build your money for retirement, without the risks of market losses or higher taxes in the future.