How Many People In America Are Living Paycheck To Paycheck? 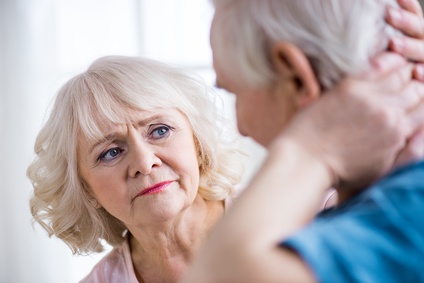 Paycheck to paycheck, what happens when your transmission fails?

Concern by many employers that will need to increase their minimum hourly employee compensation is a significant concern. The federal government sets minimum hourly rates for employees however many sectors of our economy have successfully lobbied exemptions to the $7.25 hourly rate.

Who is exempted is astounding, the reasons behind the government’s decision are as cloudy as those who are caught up in the system. Twenty-nine states have enacted higher minimum hourly rates greater than the federal government which leads one to believe that states’ rights have more effect on our citizens than the overall government does. And yet, tax reform to help those most in need has shifted more to their sector than those with higher income and greater wealth.

All over America, those facing income restrictions are still faced with increases in housing, food, and especially medical care. The ones who can’t pay for health care fall into a sector that is expanding almost double digit. Plus, annual inflation for America has averaged 1.9% in the past four years. Hourly minimum wages have not increased in several years, leaving those who live paycheck to paycheck caught in an eternal battle of poverty.

The federal income exemptions list is difficult to see until you recognize who would ultimately benefit from these exemptions.

Here is a list of federal exemptions to the minimum wage:

The federal government also allows some business to avoid the minimum wage if they have sales under $500,000 and do not conduct interstate commerce.

The new economy of living paycheck to paycheck now affects nearly 8 of 10 workers according to a report from CareerBuilder. That figure is up from 2015 when it was 7 out of 10. Since 1999, the net spendable income (after inflation adjustment) as of 2015 was 2.4% less.

The pressure being brought to bear on those unable to save for retirement is very visible. As of last year, 18% enrolled in their company’s 401(k) were forced to reduce their contributions.

The result is easy to visualize, while our government spends more than it takes in, the citizenry will be obliged to depend on a system that may not be able to help. In a recent visit to Europe, I met a friend who was under the medical insurance program. If he only took the option of the government health care, seeing a doctor could have a waiting period of up to a year unless it was an emergency, then he would be evaluated at the emergency room, and a decision would be made at that time.

He, like so many others, has been forced to purchase secondary insurance at the cost of $15,000 a year. That is on top of the “health” taxes withheld from his income. His overall tax rate was over 55%, and yet the benefits were not in line.

Will this happen in America?

My guess is yes. That is why it is so important to offer retirement options that provide guarantees, safety, and security.