Healthcare And The Baby Boomers - Annuity.com 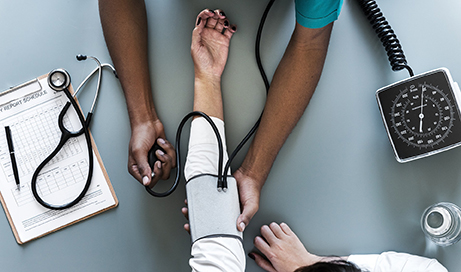 The Baby Boomers are overpowering the health care system.

After World War II, the idea laid dormant when President Truman suggested to Congress they consider a national approach to health care coverage. His idea was coverage that would include both hospital and doctors’ visits and a well-being approach to individual care. President Truman’s effort was unsuccessful, and once again, the plan was dormant for another 20 years.

In 1960 John F. Kennedy was elected president; sweeping into Congress with him came a democratic majority. His campaign slogan, “We Can Do Better,” signaled to America that change was coming. The change was in the approach to health insurance. A national study conducted in 1961 found that 56% of Americans over age 65 had no insurance coverage. What began with President Kennedy was finished by President Lyndon B. Johnson in 1965 when legislation was passed providing for the creation of health care for those 65 and over. Medicare was born. Initially, over 19 million seniors signed up for coverage in the first year.

Since 1965, Medicare has provided health care protection with one blanket policy covering 100% of people over age 65. In the past 50 years, the plan has evolved and changed with adjustments for expansion and reductions in some benefits. In the 1970s and 1980s, Medicare was expanded to provide more benefits for long-term disabilities and the creation of Medigap, also known as Medicare supplement insurance.

In 2003 the Medicare Prescription and Modernization Act added additional options for the prescription drug benefit. This act increased the availability to subsidize the cost of prescription drugs to the vast majority of Medicare enrollees.

The Kaiser Foundation, in a report at the end of 2014, said Americans enrolled in Medicare numbered 49,435,610. Fast forward to the upcoming tsunami of Baby Boomers reaching 65 and gaining the right to enroll in Medicare. At over 10,000 a day, the system currently has every possibility of a huge financial overrun. In 2013 Medicare benefits equaled 14% of the federal budget. By 2020 it is estimated the percentage could increase to 19%, and by 2030, nearly 30% of total federal expenditures.

A recent quote by the Obama Administration stated that the increase in the number of enrollees was significant but not enough to endanger the program “thanks in part to “cost” savings embedded in the Affordable Care Act.”(Obamacare)

The plan was simple, reduce the cost of reimbursements paid to medical providers and create a fund to allow those with no insurance coverage (or medical impairment) to afford health care at a reasonable cost. (Plus tax increases and other fees)

Take money from one pocket and put it in the other pocket; that is about as simple as it gets. The Affordable Care Act is doing just that by gradually reducing government spending on medical care.

Along with the magic of the moving money came another sleight of hand, make those that can afford more pay more. The government controls the payment of social security retirement benefits, so it is perfect to know where to extract additional premiums to help with the Affordable Care Act cost. Most enrollees in Medicare Part B (supplemental insurance) pay $104.90 per month, but if your income is higher than $85,000, then a new premium is calculated for you; the additional cost on top of the $104.90 can be up to $335.70 a month additional. This is based on earning results, and the fact that the enrollee has paid into the system is completely ignored; those earning more pay more.

Naturally, the problem becomes more explicit; if you reduce the amount reimbursed to the health care provider, the obvious thing will happen. Health care cost increases are not passed on to Medicare, and they are passed to the enrollee. The medical provider also faces increases in expenses which is a natural course of business. In 2016 a small increase is set to offset medical costs charged by the provider, which, of course, is even less than the set decrease in medical reimbursements estimated when the ACA was first adopted.