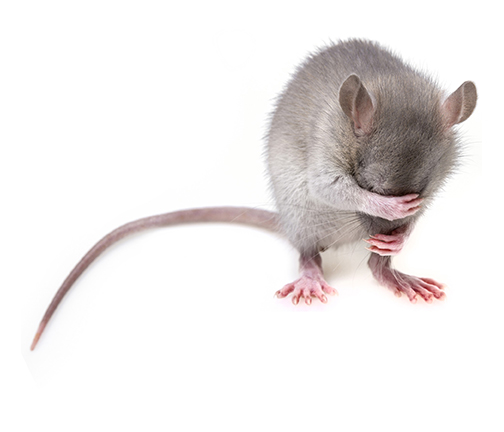 The new Department of Labor rule change due in May 2016 will have a devastating effect on the annuity industry, those who sell them and those who buy them. Here is what will be the result of this new exposure with the DOL and the American people. The result will be completely blind mice trying to figure out what to do, what to say and what to sell without coming under the all-seeing eye of federal government jurisdiction.

If you are in the financial services industry and have not heard about the freight train heading your way, it is now time to join in the fight. If you have been reading about what is happening, then you are aware that the Future of the financial services industry could be placed in the hands of federal government regulators. Their control would nullify any industry attempt to self-govern and put in place rules which could cause substantial legal bills for any agent who accidentally evaded their guidelines. It also means that insurance companies and broker/dealers will be placed in an area of supervision that will be expensive and nearly impossible to sheriff.

All of this trouble and for what? So the government can, even more, invade our lives and make sure everything we do is within their rules? The DOL and their goal while on their surface seems clear, hidden behind the curtain is where the trouble evolves. They want to set up a standard that can be universal; a standard that can easily fit into the one size fits all agenda. The problem, of course, is the government regulators themselves, their determination of rules could and will be so far removed from reality that no one would ever take a chance of a lawsuit or in the worst case prosecution just to make a sale.

The actual consequences are devastating not only for the financial professional but also for the consuming public. Think about the ruling in the purest form; a consumer wants to buy an annuity for the benefits it provides, guarantees earned interest and probate avoidance. If the agent offers a simple product without fully disclosing the myriad of rules about being a fiduciary, the consumer has no choice but to become confused. How can a simple sale such as buying an interest bearing annuity become the centerpiece of a litigation process?

Would you like a comparison of complete confusion from past government intervention into the private sector? Simple, look at the health insurance industry after the Affordable Care Act became law, who do you think profited from it? What about the uninsured who finally had a chance at a policy? Yes and no. The real profiteering and financial gain came from the health insurance companies themselves because all of a sudden their financial trough was the federal government and the subsidies they backed. Another great example is the combination of huge health companies suddenly merging and buying one another to get as big as possible because they know a few things the consuming public doesn’t.

They also know that medical care reimbursements are being slowed or are in decline, so more premiums, less to pay out and guess what, the federal government checks do not bounce.

The naked reality of the new DOL rules are simple to see and simple to understand.

To begin with, there will be total confusion. The rule itself is complex, and it contradicts itself. The rule governs the use of the word “fiduciary” in other words, who is going to gain from a recommendation and how is that going to be implied. If an annuity is recommended, who gains, agent or client? How does one even show the benefits gained by each without violating the rule? The rule states clearly that the advisor must “operate by impartial standards.” If I were going to recommend an annuity, whose standards would I operate under? Would not the simple fact that I will earn a commission if I sell an annuity make it completely impossible to operate under impartial standards?

Just think for a minute, if I get my oil changed at a quick lube do they have to disclose to me their compensation? Are they bound by fiduciary rules that say the oil change company in the next town offers their services cheaper? How stupid does the thinking behind this rule have to be? Does the grocer have to disclose their actual cost of the milk I buy? Where is the line drawn? Is there still a free market economy in the US? I guess not when it comes to things the federal government can regulate to set rules far and above free market.

The DOL is attempting to establish a playing ground that they say will be level. I saw that it is impossible to do so unless all of us buy our financial products direct from the government. That way we would all know exactly what the mark-up would be, or is that not Fascism? Where is the conflict of interest line drawn, when does common sense get in the way of a government looking over our shoulder?

The DOL says compensation should be reasonable, reasonable by whose standards? Who will be the actual judge of the term “reasonable?” The DOL makes this statement but leaves no actual guideline for what to consider reasonable compensation. Is that not a complete reversal of thinking, a guideline that is completely impossible to understand? Are commission and fees compensation? How about a situation where an agent makes both? Is that “reasonable?”

On top of the reasonable question, the DOL also states that you must favorably conduct your business. Precisely what does that mean and whose definition of favorable manner would one emulate? If you favorably conduct yourself and it doesn’t meet the acceptable business model the government sets, what happens? How can I meet their standard if I run my business from my house and drive in my car to visit people in their homes? Is that a favorable manner? The insaneness of those who conceived of these rules, bureaucrats in Washington, are making without any real life (in the trenches) experience is beyond unbelievable.

To attempt (or pretend) to comply with this new rule will dive the cost of doing business sky high and who is there to pass the costs on to? Plus the new definition of suitability sets out a specific method for dealing with a transaction that may not be suitable. Instead of dealing with the State Department of Insurance, the Department of Labor will be sticking their mitt into the process, a process that means more and more expensive for everyone except of course the DOL.

If the consumer has a complaint, the complaint is filed with their state DOL, state auditors conduct the review and make the initial determination. If they conclude that the sale is unsuitable (by their standards), the insurance carrier then becomes liable for that sale which was deemed inappropriate. Can you even imagine the costs associated with this new system; of course our current system does the same thing except it leaves out a certain level of bureaucracy, the DOL. The costs for this system at the state department of insurance are going to be huge because more and more levels will need to be in place to deal with the regulations required by the DOL. Costs everywhere will skyrockets. Once again unfunded mandates will be handed down by Congress (DOL), and we as citizens will be forced to comply by paying even more in taxes.

After having to adjust to even more levels of regulations think how many agents and advisors will find other areas of employment. The cost associated with this new rule will cause many excellent agents to move on. This, of course, means that those who stay will be able to charge what they wish because those who remain will be those with a digital arena to protect, the ROBO advisors.

The survivors will use algorithms to preset agendas based on the collection of data imputed by the client at a computer keyboard. The actual plan will also be pre-set based on the same guidelines for the time of retirement and with the pre-approval of the DOL. This means the hard-working agent will be replaced by hard-working computers and once again, life will go on. The DOL will be happy, the administration will be happy, and the agents are leaving the business will be happy because they are doing something more useful with their lives.

The clients, of course, will be happy just because they have no other experience in which to judge their financial planner (IBM Mainframe).

The DOL needs to keep their grimy, dirty hands off our business and allow the existing system in place, the State Department of Insurance to regulate, manage and be responsible, just as they have without federal interference for over 100 years.