Could Taxes Wreck Your Retirement? - Annuity.com 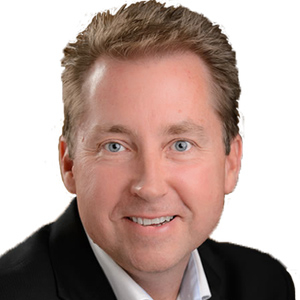 Eric Hutter
Eric M. Hutter is a multi state licensed financial professional with over 25 years of experience. He is a featured author and contributor to FOXBusiness.com specializing in planning for and protecting your retirement. Host of the Eric Hutter Safe Money And Income Radio Show. Website: ospreyretirement.com

“A lot of people know exactly how much they have saved for retirement, but many don’t know if and how that money will be taxed.” Eric Hutter

Our economy is faltering, and that has a lot of people paying closer attention to their retirement plans. If you’re within ten years of retiring, you should know how much money you have in your various accounts, such as IRAs and 401ks, stock accounts, savings, and Social Security. You should also have a plan for turning those savings into streams of income when you reach the spend-down phase of your life. Adding streams of guaranteed income will go a long way in ensuring you don’t run out of money when you retire.

However, most people have blind spots when they think about paying taxes in retirement. It would be fantastic if the government stopped taxing people when they reach age 65, but they don’t.  It’s become increasingly apparent that taxation has the potential to overtake other wealth-eroding elements, such as inflation, and become the number one financial danger for retirees.

Your filing status, income sources, and total annual income determine how much you will pay in taxes during retirement. If you are still employed, knowing how you’ll be taxed once you retire can help you figure out if you need to save more while you still can. Understanding how taxation impacts retirement income will also help you create a plan to minimize your tax bill legally.

How much income can retirees get without being taxed?

The amount retirees pay in taxes varies depending on both the sources of income and the total amount of income. Income sources include annuity income, pensions, Social Security, and employer-sponsored plans. Some retirees also have money from self-employment, side gigs, or part-time jobs, even though they are retired from their regular careers.

The IRS breaks income down into classifications of “earned” and “unearned.” If your money comes from employment or self-employment, it is earned. Earned income is subject to Medicare, Social Security, and income taxes. The IRS classified money received from your pension, IRA, annuity, or other investments as “unearned.” Taxation rules for unearned income vary according to the income’s source.

If you get Social Security benefits but continue to earn income, you will be required to pay Social Security and Medicare taxes on that money. If your total earned income falls below certain thresholds, you usually won’t owe any income tax. For example, your income tax liability may be zero if your adjusted gross income (AGI) equals or is less than your standard deduction.

Some people think that having unearned income such as a pension or 401k means that you won’t need to worry about paying taxes.  However, unearned income is still subject to income tax. There are also different regulations depending on that particular income source. In the long run, retirees’ tax liability hinges on the tax bracket applicable to their total taxable income.

Everyone’s financial situation is different, which is why it’s a great idea to meet with your tax planner and financial advisor on an annual basis. A qualified tax advisor will keep you up-to-date with tax law changes and ensure that your plan aligns with your overall retirement income goals.

What about Social Security?

Hopefully, Social Security will not be your sole source of income. But, if it is, you probably won’t owe taxes since your total payments will be too low to be taxable. If you have any additional sources of income, including otherwise tax-exempt interest income, you may owe a tax bill. Over 50% of all Social Security beneficiaries pay at least some tax on their benefits, a 40% increase since 1984. The Social Security Administration estimates that by 2050, around 56% of all recipients will pay at least some taxes on their benefits.

Summing it up: Although many seniors anticipate paying fewer taxes when they no longer work, this is often not the case. Even though current federal and state tax codes have unique benefits for older taxpayers, as much as 85% of your Social Security could still be taxable, along with distributions from traditional IRAs and 401ks. Prudent pre-retirees must focus on all potential tax liabilities and update their plans to include the latest changes to the tax code.