Concern Over A Bear Market Places Annuities In Demand - Annuity.com 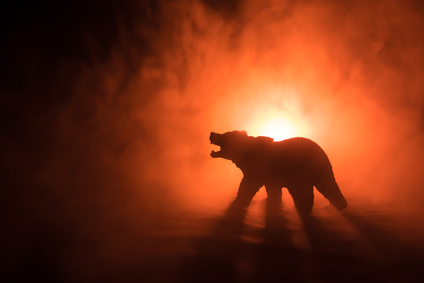 Bulls, bears, up, down, who knows? There are numerous indicators that the current stock market could be subject to a slip into a full-blown “Bear” market. This would convert to longer-term losses in equities as well as a significant shift in investments to bonds and annuities.

With a bear market can also come exposure to a recession, a recession that would create substantial budgetary deficits in Medicare and Social Security. Because of the lower tax revenues flowing into social security, the agency recently announced that for the first time since 1982, benefits would be paid from the principal and not income. Early projections by social security trustees estimated that the trust could run out of money by 2034. Congress has the authority to change and fix this issue.

What is of far more concern is our national deficit and the effect it will have on many retiree’s budgets, and social services are reduced or eliminated. With 10,000 Baby Boomers turning 65 daily, the concern is mounting.

Our economy has increased at a rate of 17.5% since 2009 when observed from the growth of the S&P 500 Stock Index. When it is looked at over an extended period (100 years), the calculated rate of interest has averaged about 10%, judging that against growth since 2009, apparently, something is out of whack. Major firms have become cautious about equities in the coming decade.

A recession would mean that many retirees and those about to retire may be exposed to loss of the value of their retirement funds. Many are opting for other forms of investments, such as bonds, banks, and insurance company annuities. The growth of retirement accounts has allowed many Baby Boomers to fund an adequate retirement, but any exposure to loss would be a significant setback. History has shown that any “bear” market that lasts longer than 12 months comes with a decline in equities of 32%

Other victims of a recession would be public and private pension plans that depend on the ongoing growth of assets to help offset the longer mortality period retirees are experiencing. Loss of value of a pension plan could be devastating to the entities guaranteeing the retirement payments to retirees.

On top of a recession, add the amount of revenue removed from the government by the recent tax overhaul by Congress. Many American Corporations are paying a fraction in taxes as compared to last year. The loss of revenue would mean a reduction and a possible loss of benefits. Unless the economy booms, the tax deficit will easily average over a $Trillion annually causing the national debt to swell. Add to the increasing debt the additional interest that must be paid, and an actual disaster is in the making.

Who will lose and who will win? Any loss of value in a retirement account will be devastating, and the ripple effect will sweep around the world causing other economies to adjust to a US recession. The winners will be those who have opted for the concept that “greed” is terrible and moved vital funds to assets that have no exposure to market risk.