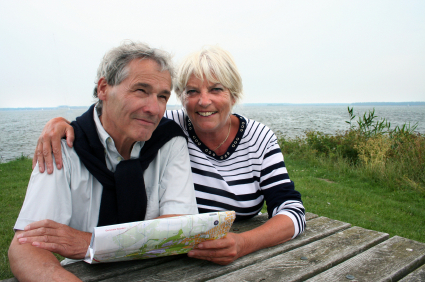 Fear and concern over yields with safe, secure money should be at the forefront for any retiree or person with limited resources. Especially if maintaining a current lifestyle is important and the goal.

In an era of money market funds yielding next to nothing, fear of inflation, and concern regarding out of control government spending concern over where to keep important money becomes an even more difficult question.
The natural move for most planners working with our target market would be to the bond market. In the past 10 years, the amount of bonds in force have nearly tripled. Bonds provide income and safety, or do they?

Look at history before you jump on the bond bandwagon.

Let’s start with our most trusted and secure investment, US Treasuries. At today’s interest rates, a 30-year bond earning 3%. If bond rates increase 1% over the life of the bond, the value of existing bonds is reduced by 25%. If the bond is held to maturity, the full value would be paid, but what if it is needed for income, emergencies, or for heirs before the 30 year time period?
History shows what can happen. In January of 1980, buying a newly issued 10-year U.S. Treasury note in the fall of 1979 would have been a smart decision because the annual yield was 9.00% But by the end of 1980, that bond would have been a disaster (on paper) because yields on new bonds ended that year at 12.00%. The value of that US Treasury would have been reduced by 25% if liquidated. Thirty-year bonds followed a similar pattern. A newly issued 30-year Treasuries bought in January 1980 and sold in December 1980 would have lost 25 percent of your principal.
Bond prices and yields move in opposite directions. If investors begin demanding a higher rate of return on newly issued bonds, the prices on existing ones almost automatically decline to match the newly expected yields.

Recently, the Federal Reserve said it would stop buying mortgage-backed securities and leave it to the free market to solve the issue. The Federal Reserve currently holds more than $1 trillion worth of these assets.

Any change in interest rates for the mortgage-backed securities would put massive pressure on the debt market regarding yields. Currently owned bonds will suffer a drop-in value almost overnight meaning a bond holder’s value would diminish. They would, in fact, continue to earn the same interest rate but when the value of their holding is noticed, they would be resilient in selling at a loss which would mean holding a diminished asset until maturity. That maturity period could be as long as 30 years.
What happens to a 4% US Treasury when inflation occurs? What happens when bank CDs are at 3% or 4%? What happens when gas is again above $4 a gallon? Inflation is the evil side of retirement and bondholders will suffer more.

People seeking bonds because they think they are reducing the risk in their portfolio, and that can be generally true but in times of general interest rate movement bonds could be a disaster. One would think that 3% interest rates for US Treasuries are not going to be the norm as this government struggles with continued substantial deficit funding. A simple movement in any one of several markets (foreign exchange as an example) could cause the interest rates on a new issue of US Treasuries to pay a higher interest rate, means trouble ahead for current bondholders.
The search for higher yields is moving to hold options longer and is now (last three years) accustomed to generally lower interest rates. The idea of US Treasuries paying 3% is so attractive that the downside is not their focus. In fact, many in our target market are not entirely aware of the diminished value if a need for liquidation occurs.

Just assume a 70-year-old buying a 30-year US Treasury at 3% (current rate is about 2.8%) for yield, safety, and security reasons. If their life is interrupted for any reason such as sickness, need for money or death, what is the liquidated market value of that Treasury then?
The value is based on current market conditions in the secondary marketplace, what if interest rates are %5? 6%? A very large amount could diminish the value of the asset. If you think inflation will not occur within the next 30 years then a US Treasury might be the best choice…. but look at history.

In no 30-year time period (from 1790 to present) in US history has there NOT been an inflationary time period. Not even the depression!
Inflation is part of our culture and part of our economic history.

The Federal Reserve has flooded the economy with money; this has not yet shown up in high price inflation. However, as the global economy improves, the velocity of money in circulation is likely to rise, resulting in more visible inflation. That inflation, in turn, drives investors to demand and seek higher yields and returns.
Planners who are clued into this scenario would naturally suggest to their clients a mix of 20% bonds and 80% stocks, but the risk is still on the table. I think it is important to question why a planner is considering a suggestion of a mix of stocks and bonds for this market.

To me the answer is simple, it is what they do! They sell stocks and bonds!

If ever there was a time for Fixed Indexed Annuities, it is now. These products are guaranteed, their crediting rates are tied to outside markets which could replicate inflation, their value will not be diminished, they are NOT 30-year commitments, and at any time they can convert to income.