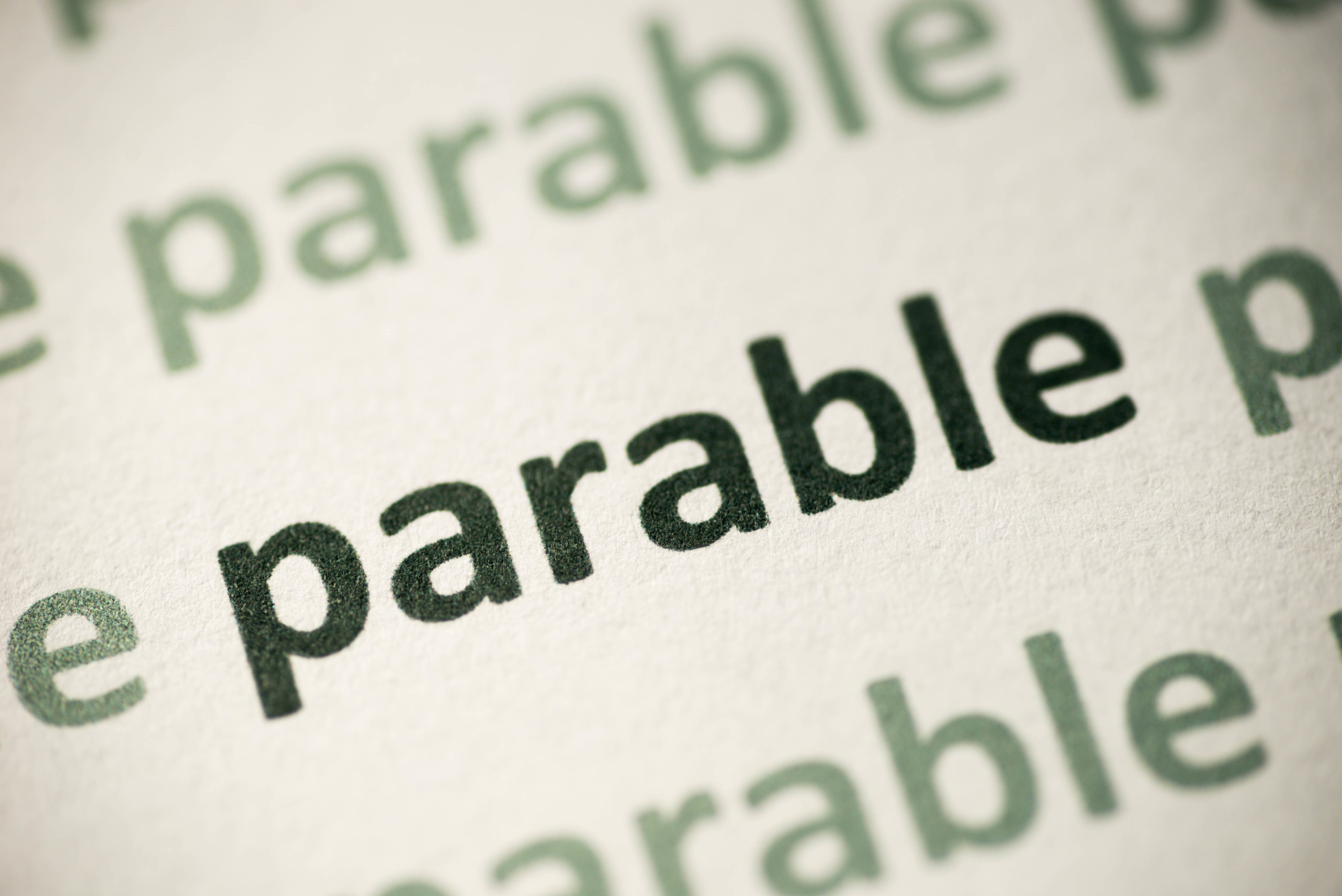 What is it about contentment that causes people to be blind to danger?

As defined by http://www.dictionary.com, a parable is a short allegorical story designed to illustrate or teach some truth, religious principle, or moral lesson. The parable we are talking about today is to teach the truth about people and how they behave. The age-old story of the boiling frog goes like this. If you take a live frog and throw him in a pot of boiling water, how does the frog react? He jumps out because it’s too hot, and it will severely injure or kill him if he stays in the water. If you take that same frog and put him in a room temperature pot of water, he’s happy; he’s, dare I say it, content. Now slowly turn the heat up 1 degree at a time until you reach boiling. What’s the frog do? If you said, “He’ll jump out,” then sorry to say it, you’re wrong. He stays in the pot until he dies from the heat; he’s blind to the danger.

Why are people the same as the frog? You’re probably thinking to yourself, well, we aren’t the same as the frog. We think ahead, and you would be right! However, have you ever jumped into a cold car in the winter, cranked the heat, turned on the music, and driven down the road? Did you notice 10 minutes into the drive, all of a sudden, you were roasting and realized it was time to turn the heat down? Now that may not be as extreme as the frog, but the point is the same, you don’t make a change until you feel the discomfort of the heat. I know I am guilty of that exact scenario several times. Thankfully as a species that is aware of itself, we can recognize that gradual discomfort before it kills us, unlike the frog in our story. But like the frog, are you going to jump in a pot of boiling water?

In my article “The Lizard Brain,” https://annuity.com/the-lizard-brain/, I spoke about how “the human brain is hardwired for maximum complacency.” We are talking about fighting against our basic instincts. We know how easy it is to sit on the couch and watch TV instead of heading to the gym for a hard workout. Everyone universally will agree that exercise is the healthier of those two options, but our brain is hardwired to avoid the pain associated with the workout. The couch is the same thing as that pot of water that eventually boils if you choose the couch time and time again. Eventually, you will see the results of those small daily choices. You’ll find yourself overweight, unhappy, and with a lack of energy to make any changes. Your heat dial is being slowly turned up, day after day, until you wake up one day and realize that you are no longer the person you once were.

Why do we treat our financial lives the same way? Why do we go about what everyone knows is the longest bull market in history, pretending things won’t change? One of the oldest pieces of investing advice is “buy low, sell high.” Yet, we continue to allow our money to ride the wave of market enthusiasm, silently knowing in the back of our minds that it will eventually change. Every market has a correction, finance terminology for a crash, just like 2000-01 and 2008.

What keeps us going back to the market then? Is it the high we get from constantly taking risks? Do we, as a species, crave the endorphins of risk so much we keep coming back for more? We all know Vegas didn’t build itself on the winners, yet thousands of people go to Vegas every year and gamble their money away for the thrill of it. The expression is “the house always wins” for a reason. We know the stock market isn’t Vegas, but there are some scary parallels to the two. Hedge Fund Monish Patrai, a disciple of Warren Buffet’s, once said the following in an interview around 2007,

“Investing is a game of probability. Sometimes when you make favorable bets, you still lose them. Even a blue chip could go to zero tomorrow. With Delta Financial, the company didn’t have enough financial strength, which was probably a mistake. I think of it as a favorable starting blackjack hand where unfavorable cards showed up afterward.”

If you follow his teaching over the years, he has drawn numerous parallels between stocks and gambling. The point is no one knows where the market is going to go. It’s a game of risk, and if you are nearing retirement, do you have time to take risks anymore? Isn’t it time to sell high, lock in your gains, and put your money to work for you in a safe money vehicle with guarantees? So here’s the ultimate question: are you in control of your financial destiny? Or is it someone else?

How much of our financial psyche as a society is rooted in the last 40 years of advertising and marketing done by the largest financial institutions in the world? It wasn’t that long ago that the norm was to work at the same place for 30 years, retire, get a gold watch, a pension, file for social security, and you’re set for life. However, in 1978 they invented the 401k, took the burden of retirement from corporations, and placed it on the backs of the average American. Have you ever asked yourself why? Why would companies make a significant shift in their structures with the backing of the federal government?

The answer is simple; corporations understood the advancement in technology, and medicine rendered the pension system impossible to support. As a result, for the first time in history, a record number of people were not only living to retirement age but well beyond it. We are seeing people live 10, 20, and even 30 years into retirement. Take a quick study of history and demographics, and you will see that this is the first time in the world’s history. With our constant boiling frog syndrome of complacency, we forget that the average life span was 47 years old at the turn of the twentieth century. Think about that, 47 years old! The average life span in 2019 is 78.5 years old, which’s roughly a 40% increase in 120 years.

Throughout the 1500-the 1800s, the average lifespan hovered between the ages of 30-40. In less than 500 years, we have more than doubled our lifespans.

In this age of abundance, we do not feel the pressures of life the way our ancestors did. Instead, we learn to survive with a whole new set of rules and technology that changes daily. But none of these changes threaten our survival, like facing down a charging bull or perhaps jumping into a pot of scalding water. Instead, today we face the long kill, hidden in plain sight, slowly turning up the heat.
What I mean by this is that most of the survival issues now are very longevity-based. The pot of water continues to get hotter every day, but we don’t see it because it’s not threatening to kill us right now. Our emotions and bodies were not built with instincts for the future. We are very much built to survive in the here and now.

Have you ever moved faster than you thought possible when your child fell? Your body moves before you think about it; it’s instinctive to protect your child. Have you ever been distracted in thought and almost tumbled down the stairs? You caught yourself without thinking, it might have been a few steps down, but your body stopped you from serious injury. Now the million-dollar question, have you had a loved one suddenly die? Or perhaps know if someone who has experienced this? Were their affairs in order, or was it more comfortable for them to continue their daily routine without planning for their future?

Complacency is our enemy. It is the thing that says stay in bed one more minute. Oh, it’s ok, you can eat that. Don’t worry about your 401k or your stocks; the market is doing great. It’s ok; you can take one more spin on the roulette wheel; you’ll win this time! It says to you, don’t worry, you have time, there’s no rush to do anything, you’ll get to it when you have to.
Think of your personal story? Where can you see this play out? Next, think of the people in your life or the stories you’ve heard where this happened. Can you recognize them?

Sometimes it’s easy; the smoker knows they should quit and doesn’t until they get lung cancer. Or the overweight person who continues to eat and not exercise until they have a heart attack. How about the person who put their savings in a retirement plan, managed by someone who gets paid whether they win or lose, and lost 30-40% of it in 2000-2001 or 2008?

What’s the difference between those three scenarios? Some would say, “The markets always come back and then grow!” Throughout our short history of having a financial market, you are correct. They do eventually come back, but if you’re one of the record-breaking 70 million baby boomers retiring over the next 15 years, do you have time to wait? If you had money in a 401(k) in 2000, it took you until 2013 to break even. That’s 13 years. Can you wait 13 years to retire? If you can, do you want to?

Didn’t you work all your life to retire on your terms at the time that you wish to and enjoy it?