Can Buying An Annuity Help Younger People Who Are Still Working? - Annuity.com 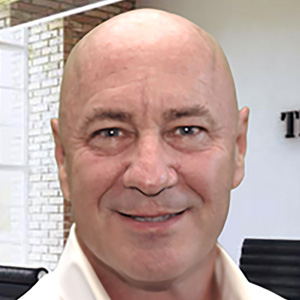 Ed Hochard
Ed has over 33 years of success within the financial services industry. He proudly became an independent agent starting his firm, The Annuity Shop, in 2013. Realizing how vital it was to help this incredible generation of Baby Boomers have a long and prosperous retirement. Website: theannuityshopfl.com

“Conventional financial wisdom says people should only purchase annuities shortly after they retire, around ages 65-75. But, conventional wisdom may not be right for everyone.”- Ed Hochard

In general, people tend to purchase an annuity product at retirement time or less than a year after they quit working. One reason for waiting is that it has probably taken a person a long time to save the money necessary to purchase an annuity. Another concern many people have about purchasing an annuity before retiring is the lack of liquidity.

Younger investors often feel an annuity will tie up their money for too long and give them less money for maintaining a good life in retirement. Additionally, some pre-retirees worry about fees that some types of annuities charge that could deplete a person’s savings faster than anticipated.

What’s the right age to purchase your first annuity?

The reality is that while there is no “perfect” age for adding an annuity to a portfolio, it often does make sense to do so at a younger age. Multiple surveys of annuity contracts indicate the median age for purchasing the first annuity is not 65 but 52. A lot of first purchasers, in fact, are under the age of 50. However, some financial advisors believe that the mid to late 40s may be the sweet spot for benefiting from an annuity. The theory is that most people have fewer external demands on their earnings at that age, such as paying for college tuition, weddings, or helping a child purchase a home. Fewer bills to pay, albeit for a small window of time, means that many 40-somethings can afford an annuity.

So, why are younger people choosing annuities?

The median age for the initial purchase of an annuity has been on the decline since 2013. The trend toward purchasing an annuity in one’s ’50s, instead of after age 65 is due to several factors, including:

There is better information and education about annuities and what they can do. More financial researchers, academics, and high-level financial planners are warming up to annuities. Many advisors now encourage their clients, especially those who are more cautious and risk-averse, to place a portion of their wealth into annuity contracts.

There is continued uncertainty about the economy and stock market. Many pre-retirees crave safety and guarantees after experiencing two market crashes (2000-2002 and 2007-2009). An annuity gives safety-minded folks guaranteed principle protection and creates a predictable lifetime income stream.

There is greater awareness of the need to take charge of your financial future. More young people have awakened to the vital need to plan one’s retirement sooner rather than later.

Younger Americans realize that they might live a long time after they no longer work. Many people in their 50’s and 60’s have one or both parents still living. This situation has impressed upon many that retirement could last 20, even 30 years or longer.

Annuities can help you plan “backward.”

Most planners advise people to stay on a traditional path of savings, debt reduction, and growth, followed by the spend-down phase of life. However, it seems that building streams of guaranteed income might be a strategy one should start sooner rather than later. Knowing that you have at least one source of guaranteed income that you can’t outlive in the form of an annuity may give you more confidence when you invest, increase your risk tolerance, and ultimately increase savings.

Summing it up: Annuities, while they are not for everyone, have certain features that appeal to people who have not yet retired. For example, an annuity creates guaranteed income streams, helps with legacy planning, solves the problem of outliving one’s money, and protects the principal investment. These contracts may also address the needs of those who have contributed the maximum allowable amounts to their qualified plans, including IRAs and 401(k) s, and who already have adequate emergency funds established.

Buying an annuity while you are young and still working will give you a leg up on retirement and help ensure that you don’t run out of money before you die. If you are thinking about adding annuities, be sure to do your research and seek assistance from a qualified financial professional specializing in these products.