Beware Of The Future Cost Of Medical Care - Annuity.com 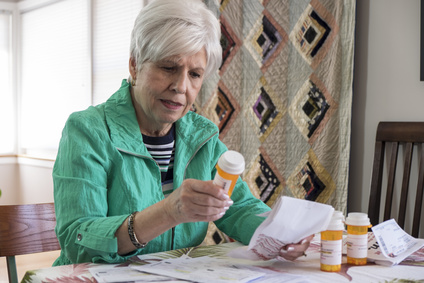 Two things have happened that cause great concern for our future medical care.

Both costs and health care are in peril.

With the advent of the Affordable Care Act (ACA), the amount of medical cost reimbursements paid to providers by Medicare has been reduced. In other words, less from Medicare, more out of pocket for the individual who receives the care.

The second event is the massive shift from worker to the beneficiary. 3,000,000 Baby Boomers (10,000 a day) annually are joining the ranks of those receiving Medicare. The number merely has overpowered the system, instead of more paying, more are receiving.

In so many news articles this situation is repeated, analyzed and contemplated. For many, it is hard to relate to what is happening, so I will personalize it for you.

During my annual physical, my doctor suggested it was time for a preventative procedure. There was no particular need discovered as the reason why I should have this done; it was based on the calendar.

I agreed and began the process of seeing the specialist and preparing for the event. I submitted my paperwork, and a date was set. Once my information was entered, and Medicare was billed, the specialist’s office called me to ask for my credit card number. It seemed that the procedure had a cost of $2,200 and yet Medicare would only reimburse for $1,400. I was asked to ay the difference in advance. The difference to be charged to my CC was $800.

How can this be?

Doesn’t Medicare pay for these services? The answer is yes they had in the past, but no longer. I was responsible for the shortage, and I had to pay before any exam was conducted.

Fortunately, I was able to pay but what about those who couldn’t? Would they not have the procedure? What if the process could diagnose a medical event that could place the patient in jeopardy? How can we be so short-sighted, isn’t prevention cheaper than the treatment?

This new lowering of reimbursements is intended to help cover the cost of shortages from the ACA. But, what is accomplished, there is only so much money to go around.

According to the Kaiser Family Foundation, in 2015, 55,504,005 people are enrolled and insured through Medicare.

Of those, more than 50% now have income at the poverty level. What happens when a Medicare recipient is sent a bill for services after the Medicare reimbursement and can’t pay? Does that mean they will not opt-in for care? Does that mean those who will depend on welfare will increase?

It is time for new thinking for health care in this country. Current systems are just not working. I recently read an article in Forbes Magazine about the long-term success of a retiring CEO who ran the most prominent healthcare company in the industry.

Forbes went on the show the considerable business successes the CEO had accomplished. He had over his 19 years as CEO return an average annual profit of 22.4%.

And you were wondering why our system is broken.