Are You Comfortable With Risk You Are Taking? - Annuity.com 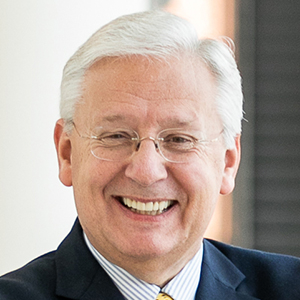 Stephen Dybwad
Steve has been providing highly individualized financial guidance to clients across the nation for over 30 years. He is a popular speaker and lecturer, and has formed several strategic alliances with accountants, attorneys, and other professionals to bring a multi-disciplined approach to the planning process. Host of the Steve Dybwad Safe Money Radio Show. Web Sites: stephendybwad.retirevillage.com | stephenjdybwad.com

In the 2009-2010 NFC Championship Game, the Minnesota Vikings and the New Orleans Saints were tied 28-28 late in the fourth quarter, with the Vikings close to field goal range. Vikings quarterback Brett Favre took the snap, rolled to his right, and saw about 30 yards of open field in front of him. Even though he had injured his leg in the third quarter, all Favre had to do was lurch forward for 10 yards, fall down, and have a first-and-10 inside field goal range.

Instead, Favre reverted to what has made him a legendary hero (and sometimes a goat) many times in his Hall of Fame career. He planted his foot and threw cross-field where Tracy Porter intercepted him at the 22-yard line. At that moment, Minnesota’s fine season, Favre’s great comeback, and Vikings fans’ hope for a Super Bowl were thrown away. The Saints ran out the clock and kicked a field goal on the first possession of overtime.

What happened? In a pressure situation, with everything on the line, instead of making the high percentage play, a superstar did what felt familiar and comfortable – not what was safe.

You see the analogy coming. Quarterbacking a football team and managing your retirement portfolio are wildly different activities. It is doubtful that we will ever achieve a “Brett Favre” status within your success. Yet, a failure on our part to “read the field” could be more devastating to a family than the shock and disappointment felt by the players, coaches, and fans after that heartbreaking loss.

It is common for us as individuals to be the “quarterback.” If that’s the picture we are projecting, who is the head coach and team owner? Making all of the decisions in your planning can be very difficult, but help is often needed.

We have moments when we cannot handle any more risk (take the first down!). We know we do not want to lose another dime (just get me into a good field position!). It does not make any difference if you are convinced you can choose the stocks, funds, IPOs, REITs, or whatever will right their portfolio and make you look like a hero. Most of us may not be ready to take that step with you.

During that game, there were millions of people watching. Some of those people were former NFL players. Some were Hall of Famers. Some were even Hall of Fame quarterbacks. But, when Favre planted his foot, there was no one on the planet more comfortable than he was. A lifetime of training, conditioning, practice, and big games – even Super Bowls, had prepared him for that throw. It was the most comfortable thing in the world until Tracy Porter.

We may have the knowledge and experience, but being all things in all situations just isn’t possible any longer. We all need a “Coach” to make sure we call the correct play. The disappointment over a lost opportunity while “going for field position” will be nothing compared to the fury if you try to “force a throw” they did not want you to make in the first place.

In plain English, we should never be comfortable with risk unless we know and understand all of our options.