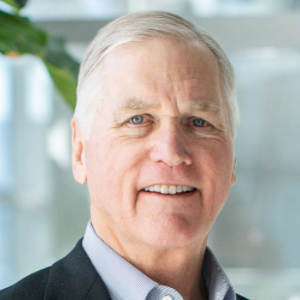 Annuities and Asset Protection: What you need to know!

Joe Richmond (not his real name) followed every bit of advice his financial planner gave him. He paid himself first and accumulated a very nice emergency fund. He maxed out his employer-matched qualified plan, invested in income-producing assets, looked for any tax savings, and started a small business on the side.

In time, Joe and his uncle decided to combine their assets and turn Joe’s side gig into a full-time occupation. Under Joe’s uncle’s expert guidance, the business thrived and began producing a very nice monthly income for the pair of entrepreneurs. Then, faster than it takes an ice cube to melt in the hot Texas sun, Joe lost nearly everything, including nearly $250,000 in cash that he intended to use to supplement his income during retirement.

You see, Joe’s uncle had made one seemingly insignificant mistake with a client’s order. But that small mistake, deftly played by a high-priced attorney, resulted in a lawsuit. The lawsuit wound up bankrupting the company and put Joe’s finances in a world of hurt. Relying on his uncle’s expertise, Joe had failed to organize his business correctly. As an unlimited partner, he found himself held personally responsible for his uncle’s mistake. The legal term for this is “joint and severally.” It means that each partner in a partnership arrangement is responsible for the entire debt.

Joe failed to structure his company correctly (as an LLC, corporation, etc.) Thus, creditors were able to access many of his assets, including his hard-earned retirement nest egg.

Could Joe have done anything to protect his retirement savings?

Besides consulting with an attorney before forming his partnership, Joe might have considered putting his savings into an annuity. Joe lives in Texas, where annuity products enjoy much more protection than in many other states, so they are often great tools for protecting cash. Depending on the state in which you live, an annuity could be far more than just a safe money retirement product.

An annuity can also offer some of the best protection available for your retirement savings. This is because all but a handful of states protect the payments and cash value of an annuity. Most states treat annuities as they do IRAs and other retirement accounts, which usually have full creditor protection, albeit with some significant restrictions.

Annuities, in addition to their many other positive features, can be a way for you to protect what you’ve earned. It is critical that you and your financial advisor fully understand your state’s laws before going ahead with a purchase, however.  It is also crucial that you research this form of asset protection before it is needed. Trying to stash money in an annuity after you become the target of a lawsuit could result in a court declaring your purchase to be fraudulent.

Using an annuity to protect yourself from creditors is something you need to consider long before you think you will ever have a problem. Talk to your CPA or attorney to learn whether purchasing an annuity makes sense in your particular situation.

This article is for informational purposes only. You are strongly encouraged to seek the advice of a CPA, attorney, or other experienced professional before you make ANY financial decisions. Also, be aware that laws governing asset protection and limits tend to change frequently. Before deciding to purchase an annuity for asset protection purposes, you should seek the assistance of a qualified professional.