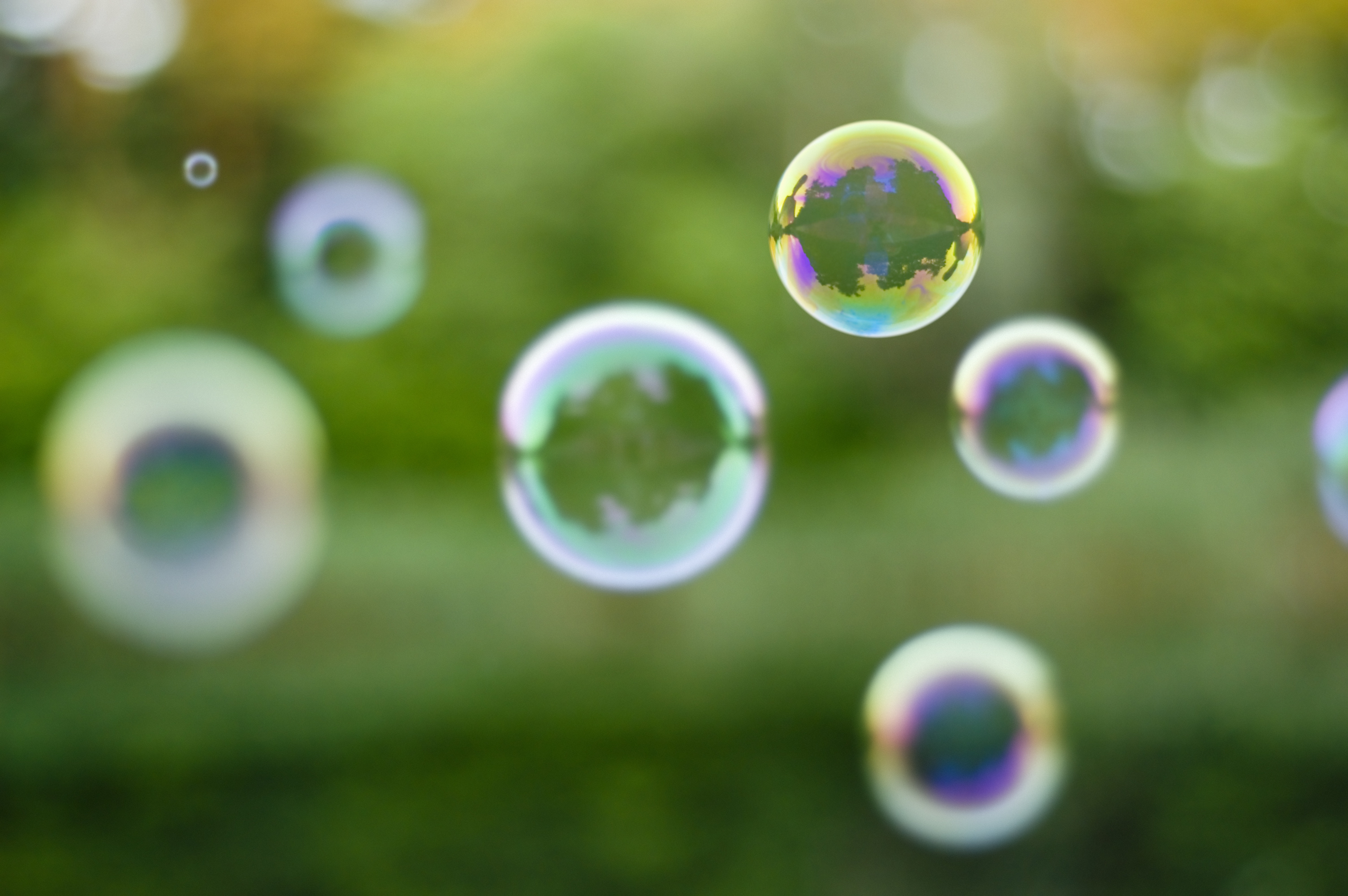 Is there really an Annuity Bubble?

We have had many “bubbles” over the years. Real estate, stocks, precious metals, mortgages almost anything that can be commoditized, everything except annuities.  Have you ever wondered why?  The answer is simple: annuities are real and exist for real life situations, not some distance and an unreachable golden ring.  Take a look at the stock market and what has happened in the past couple of years.

The record stock market gains of 2013 and the market’s ability to ignore everything from poor earnings reports to last April’s announcement of a QE3 decline in Treasury buying should be a lesson for all of us. Remember Alan Greenspan and his famous quote about “irrational exuberance.” What was true then is truer today, the only thing holding the market together is the Federal Reserve and their funding of US Treasuries.  Quantitative Easing (QE3) will come to an end probably before 2015, and then the market will be on its own.  A “free” market might just reappear and once again, and when it does, interest rates will increase and the second “stock market” bubble in 10 years will burst.

Greenspan’s term is commonly used to describe any period of “unsustainable investor enthusiasm that drives asset prices up to levels that aren’t supported by fundamentals.” Naturally, the key word there to focus on is “unsustainable.” His term has joined the dictionary of financial terms, now used by many market watchers.

This irrational aspect of the market was demonstrated last December when then Fed Chairman Ben Bernanke made his long-awaited announcement that he would finally begin to “taper” the unprecedented quantitative easing (QE3). QE (parts 1,2,3) have been part of our economy since the last market disaster (2008)  and is many experts think it is solely responsible for the growth we have seen in the market. Wall Street lobbied hard for QE, and they certainly have loved and benefited from it. The result was cheap money and plenty of it.  The bond market reissued everything it could to establish a lower interest liability, corporate America made unrealistic and massive profits and that in turn drove up the stock prices pushing stock values to record high levels.

Have you ever considered why the market has enjoyed this growth?  Put yourself in the position of normal middle America, bank rates are horrible low; US Treasuries are low, where else is there a chance to earn any reasonable rates? Of course, annuities have been a terrific alternative, and that segment has exploded with growth. But in reality, compared to the stock markets and bank deposits, annuities are a mere drop in the bucket.  When QE3 ends, interest rates will increase, and those concerned about safety will move from the market back to the banks or other safer options.  The victim in all this is going to bondholders; those that pinned their future retirement hopes now face a portfolio of diminished valued bond holdings.

An excellent example of the power of QE3 is when the Federal Reserve only hinted of slowing the buying immediately US Treasuries increased in yields! If that is not proof that interest rates are artificially controlled then what is? That simple increase is a perfect example of how market performance (stock values) is intertwined with the Fed’s buying program.

When the Fed announced the QE3 taper the markets not only didn’t shrink, it irrationally, spiked. The Dow rose 1.8%, the S&P 500 index jumped 1.7%, and the Nasdaq composite index added 1.2%. They all finished 2013 reportedly at “record” levels despite not only news of the QE3 lowering but the fact that, in the wake of that news, the 10-year treasury rate rose yet again; the day after Christmas it briefly touched the 3% mark. Point out that, historically, the markets don’t like rising long-term interest rates, as was demonstrated again last summer when the stock market drop and 10-year treasury spike coincided.

In addition to talking about irrationality and the emotional aspects of the market, the sheer power of momentum can sometimes keep the markets moving in a certain direction despite any number of apparent obstacles. Think about how hard it is to start pushing a car in neutral from a dead stop, but then how hard it is to stop it once it gets rolling. Well, the Fed has had its hands on Wall Street’s tailgate for five plus years now, shoving it forward. There’s no denying they’ve got this car rolling, but the question is: now that they’re pulling their hands away, how long can it keep rolling with no gas in the tank?

Because, going back to the definition of irrational exuberance, those “fundamental” factors that are supposed to support and “fuel” the markets just aren’t there. So, although there are reportedly some glimmers of good news where the economy is concerned, a lot of Big Picture factors are still quite grim. Especially when you consider the overall national debt of $17.5 trillion, a debt that is still expanding ($600 billion deficit expected this fiscal year).

Just like any number of other factors that you would rationally expect to give investors pause, all these things have been shrugged off as irrational exuberance rolls on. That’s why it’s vitally important to keep reminding clients and prospects of that first word in the definition of irrational exuberance: “unsustainable.”

The plain truth is, at some point the market is going to have to have another “correction,” which, clients should understand, is a stock market decline of 15% to 25% (or more) in a relatively short period of time in the midst of an upward trend. History tells us we still have another decade or more to go, during which time we can expect to see at least one more major market drop. If (as is common throughout history) this third drop turns out to be bigger than the second, which occurred in 2007, then this “correction” will be a decline not of 15%, but could be as much as 60%!

Point out that this correction may or may not happen this year and it is impossible to determine precisely when it will correct, but it will correct. As a point, remember it took time from Alan Greenspan’s warning about irrational exuberance to plunge. In other words, momentum and hype can certainly sustain rallies for long periods – but not forever.

For an illustration of irrational exuberance, in a nutshell, look no further than Twitter. Twitter’s stock has soared since its November IPO even though the company hasn’t turned a profit since its launch in 2006! Twitter lost $79.4 million on about $317 million in sales in 2012, and the company is on track for an even steeper loss in 2014, and yet its shares are up a whopping 63%, based on momentum and hype. Sound familiar?

Irrational exuberance certainly isn’t a new phenomenon where the markets are concerned. It existed before Alan Greenspan coined the phrase, and is just one more symptom of “financial insanity.” Remember that there are fortunately many “sane,” “rational” and effective alternatives for retirement planning such as annuities with income riders. These products can provide income without risk or fear.

This article is based on an original article by David Scranton regarding Irrational Exuberance can be found at http://advisors-academy.com/irrational-exuberance